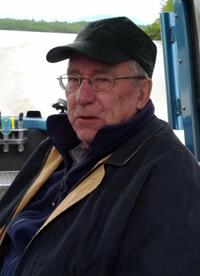 1937 ~ 2013
Edwin Elden Jesse, loving husband of Evelyn Jesse, passed away peacefully at the age of 76 years on Monday, August 26, 2013 in Lethbridge, Alberta after a short battle with cancer.
He is survived by his wife Evelyn, 3 children Rik (Bronwyn), Terry, Debbie (Gary) and 5 grandchildren Bret, Alexandra, Marcus, Nicole and Jade. He is also survived by his brothers Eugene (Mable) and Harold (Marlene). Edwin was predeceased by his parents Emil and Katherina.
In lieu of flowers, please donate to the Jack Ady Cancer Centre, 1A129, 960 19th Street South, Lethbridge, AB T1J 1W5.
Family and friends are invited to celebrate Edwin’s life between 1:00pm and 3:00pm on Thursday, August 29, 2013 at the EAGLES HALL, 631 13th Street North, Lethbridge. A private family graveside service will take place in the Royal View Cemetery.
Funeral arrangements entrusted to Martin Brothers Funeral Chapels Ltd.
1.800.382.2901. Send condolences at www.mbfunerals.com.

No Condolences for “EDWIN JESSE”