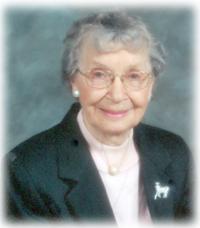 Sometimes memories escape the eyes, run down the cheeks,
and kiss the lips goodbye…

Mrs. Lilia Emma Arnold, beloved wife of 65 years to the late Mr. Henry W. Arnold, passed away at the Medicine Hat Regional Hospital on Monday, August 26, 2013, at the age of 90 years.  Lilia was born on July 1, 1923, southwest of Maple Creek, SK., to Frank and Emma Schultz.  She was predeceased by her   parents;  brothers, Wilfred and William, and sisters, Rosy Brace, Minnie Stadel, Charlotte Jans and Esther Wise.  Lilia leaves to cherish her memory: four children, Beverly (Gordon) Enslen of Minesing, ON., Shirley Jean Arnold of Bow Island, AB., Walter (Debra) Arnold of Maple Creek, SK., and Randal (Colleen) Arnold of Swift Current, SK.  She is also survived by ten grandchildren, thirteen great-grandchildren;  one sister, Ruth Dumont;  one brother-in-law, Howard Arnold as well as many wonderful nieces and nephews.  Henry and Lilia spent most of their retirement years travelling, camping and visiting their family and friends.  Lilia received much joy from spending time with her family, especially with her grandchildren and great-grandchildren, or as she called them, “her little visitors”.  She never turned down a game of cards and her favorites were Smear, Farmers Rummy or any other game of cards or dice that brought friends and family together at the table for good times and much laughter.  Lilia often tested the flour for Maple Leaf Mills by baking the best buns and bread in all of Medicine Hat!  She will be forever in our hearts and memories.  Those wishing to pay their respects may do so starting one hour prior to the Celebration of Lilia’s life which will be held at Cook Southland Funeral Chapel, 901 – 13 Street S.W., Medicine Hat, Alberta on Friday, August 30, 2013, at 2:00 P.M. with Reverend Barrett Scheske officiating.  Interment will follow at Hillside Cemetery with a time of fellowship thereafter in the Cook Southland Reception Center.   (Condolences may be expressed by visiting www.cooksouthland.com)  If friends so desire, memorial tributes in memory of Lilia may be made to the Heart and Stroke Foundation of Alberta, 124, 430 – 6 Avenue S.E., Medicine Hat, AB., T1A 2S8.  Honoured to serve the family is Cook Southland Funeral Chapel, 901 – 13 Street S.W, Medicine Hat, Alberta  T1A 4V4   Phone 403-527-6455.

No Condolences for “LILIA ARNOLD”