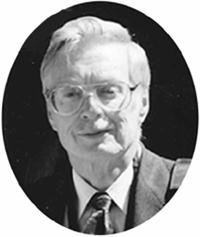 Keith Leroy Knight, beloved husband of 56 years to Jean (Brookes) was born August 6th, 1933 in Estevan, Saskatchewan. He was predeceased by his parents, Harry “Choppy” and Vera and one sister, Shirley (in infancy). Besides his loving wife, Jean, Keith is survived by three daughters, Cheryl (Douglas) Houston of Estevan, Melanie (Harry) Pettersen of Airdrie, Alberta, and Rhonda Knight of Calgary, Alberta; seven grandchildren, Scott (Jill) Houston, Joel Houston, Amy Houston, Amanda Houston, Michelle (Paul) Guimin, Kellie Doyle, and Jeffrey Doyle; and four great- grandchildren, Asher and Kyra Houston, and Gregory and Alicia Guimin; one sister, Glenda Knight (Denny Lewis); brothers and sisters-in-law, John and Janice Brookes, Ann and Duane Conrad, Ron and Delores Brookes; and numerous nieces and nephews and their families. Keith earned his teaching certificate through Normal School in Moose Jaw, Saskatchewan in 1956. He married Jean in April 1957 and they moved to Toronto, Ontario where Keith attended “Radio College”. In 1958, they moved back to Saskatchewan where he attended the University of Saskatchewan and taught school in Naicam. In 1964, the family came to Medicine Hat where he was employed with the MHSD #76 until his retirement in 1992. He earned his B.Ed. degree through summer school and night classes from the University of Lethbridge in the mid 1970’s. Keith enjoyed his family, sports, camping, all forms of history, and attention to detail. A Private Funeral Service will be held in SAAMIS MEMORIAL FUNERAL CHAPEL on Saturday, September 7th, 2013 with Pastor Garth Wehrfritz-Hanson officiating. Interment will take place in the Family Plot at Saamis Prairie View Cemetery. Memorial gifts in Keith’s memory may be made to the Alberta Heart & Stroke Foundation, #124, 430 – 6th Avenue SE, Medicine Hat, Alberta, T1A 2S8, or to the Canadian Diabetes Association, #102, 73 – 7th Street SE, Medicine Hat, Alberta, T1A 1J2. Condolences may be sent through www.saamis.com or www.gonebutnotforgotten.ca or to condolences@saamis.com subject heading Keith Knight. Funeral arrangements are entrusted to SAAMIS MEMORIAL FUNERAL CHAPEL AND CREMATORIUM, “The Chapel in the Park”, locally owned and directed. Should you wish any additional information, please telephone (403)528-2599