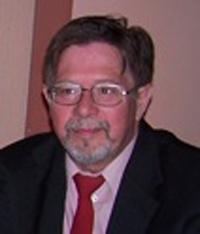 With great sadness we announce the death of Bill Sass, Oct. 19, 2013, in Edmonton. He had fought congestive heart failure for several years and a new heart this summer had offered great promise and did deliver some wonderful times, however brief. Bill is survived by his wife of 22 years Kathy Murrie, and his wonderful children Kathy (Geoff) and Jennifer (Leigh); stepchildren Garnet, Trish (Barry) and Andrea (Andy), beloved grandchildren Fred, Modi, Amanda and Justin (Brittany), and his sisters Roberta (Howard) and Marian (John) in the United States. He was predeceased by his parents William Sass Sr., and Florence (Heirs), son Greg, and ex-wife Sue (nee Evans). A gentle, patient, intelligent and big-hearted man, William C. Sass, Jr., was born Jan. 23, 1947, in Chicago, and from Day 1 was a Chicago Cubs fan. Blessed with musical talent, a good singing voice and a prodigious memory, he learned to play guitar and it became a lifelong love. His dad moved to Michigan when Bill was nine, then on to Salem, Oregon, where Bill attended South Salem high school and then college. Bill came to Toronto in 1969 with Sue, his first wife, after a “brief spell” in the U.S. Marines. He moved west and stumbled into writing, discovering another awesome talent. His incisive pursuit of truth and good journalism were tempered by his wit and self-deprecating humour. Bill retired from the Edmonton Journal in 2008, after a 40-plus year journalism career that began at the Medicine Hat News. Over the years, he was a feature (humour) writer, consumer columnist, business editor, Legislature Bureau chief and reporter, among other roles, and in 2003, co-authored the Journal history, Voice of a City, with Marc Horton and Pat Beuerlein. He also taught journalism at Grant MacEwan for a number of years in the 1990s. The past 10 years or so, Bill enjoyed being a “country gentleman” away from work, taking charge of building “the cabin,” and learning from friends, books – and mistakes – a number of construction skills. Our thanks go to Drs. Ezekowitz, Welsh and Whitter, among the many caring professionals who have assisted Bill along his recent health journeys. In lieu of flowers, donations are preferred to the University Hospital Foundation (designate the transplant program or Mazankowski Heart Institute) or any group that assists in adult literacy or children’s sports or music programs. The Cubs, Corb Lund and Great Big Sea have all lost a great big fan.

No Condolences for “BILL SASS”