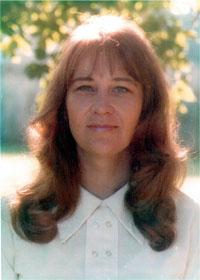 It is with great sadness that we announce the passing of Joan Mary Lawrence on Friday, November 15th, 2013 at the age of 75 years. Joan was born in Calgary, Alberta on April 5th, 1938 to her parents, Maria and John Plomp. Joan leaves to cherish in memory her daughter, Lanni (Wade) Baumback; sons, Barry Lawrence and James Lawrence; one daughter-in-law, Tanya; and three grandchildren, Justin, April and Jenna. She also leaves two sisters, Betty (Allan) Ross and Mary (Harold) Skidmore; and several nieces and nephews. Joan was pre-deceased by her parents; daughter, Debbie; and brother, Lloyd Plomp. Joan was a long-time employee of Holmes Printing as a Graphic Artist and gained many great friends over the years. Her favorite hobbies included photography, computer graphics and shooting pool with her friends and team mates from the Legion Leagues and, to most recently, the Afterwork ‘O’ team. The friendships she gathered over the years are innumerable. We would like to thank all of Joan’s friends and relatives that visited with her and shared special memories in her time of need. The family would like to sincerely thank the staff at the Medicine Hat Regional Hospital and especially St. Joseph’s Home – Carmel Hospice for the excellent care Joan received with dignity and compassion during the past month. A Celebration of Joan’s Life will be held on April 5th, 2014 at her chosen plot at Hillside Cemetery. Those wishing to remember Joan may do so through a donation to the SPCA, 55 Southwest Drive SW, Medicine Hat, Alberta, T1A 8E8. Condolences may be sent through www.saamis.com or to condolences@saamis.com subject heading Joan Lawrence. Funeral arrangements are entrusted to SAAMIS MEMORIAL FUNERAL CHAPEL AND CREMATORIUM, “The Chapel in the Park”, locally owned and directed. Should you wish any additional information, please telephone (403)528-2599

No Condolences for “JOAN MARY LAWRENCE”