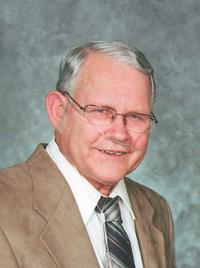 Mr. Donald Smith, beloved husband of Mrs. Marcella Smith of Medicine Hat, went to be with his Lord and Savior on Monday, November 18th, 2013 at the age of 63 years. Donald also leaves to cherish his memory two brothers, Clayton (Yvonne) Smith of North Grandville, PEI and Wayne (Helen) Smith of Summerside, PEI; one sister, CarolAnne (Wendell) Bernard of Freetown, PEI; three brothers-in-law, Melvin (Edith) Larson of Priddis, Alberta, Esten Larson of Manyberries and Arthur Larson of Whitecourt, Alberta; 13 nieces and nephews; specially noted to Donald’s care and comfort are one niece, Lorraine (Craig) Strange; three nephews, Donald (April) Larson, Byron (Lynn) Wold and Perry Wold; and special friends, Harold and Ruth Cain and Lillian Douglass. Donald was predeceased by his parents, Morris and Gladys Smith; and one sister-in-law, Esther (Albert) Wold. Donald was born on April 26th, 1950 in Summerside, PEI. He was raised in Kelvin Grove, PEI and attended high school in Kensington, PEI. Donald attended several universities before completing a Masters of Geography from University of Waterloo. He moved to Medicine Hat in 1979 and married Marcella Larson on July 12th, 1980. Together they made Medicine Hat their home and enjoyed 33 great years together. Donald struggled with numerous health issues, but in spite of the issues he loved gardening, working with plants and especially loved being a part of his church family. Those wishing to pay their respects may do so at FIRST ASSEMBLY OF GOD, 395 – 9th Street SE, on Wednesday, November 20th, 2013 from 12:30 until 1:25 p.m. The Funeral Service will be held in FIRST ASSEMBLY OF GOD on Wednesday, November 20th, 2013 at 1:30 p.m. with Pastor Ken Roset officiating. A private family interment will take place at Hillside Cemetery. Memorial gifts in Donald’s memory may be made to the Pulmonary Hypertension Association of Canada, Suite 208, 1311 Howe Street, Vancouver, BC V6Z 2P3 or made online at www.phacanada.ca/inmemory or to the Charity of One’s Choice. Condolences may be sent through www.saamis.com or www.gonebutnotforgotten.ca or to condolences@saamis.com subject heading Donald Smith. Funeral arrangements are entrusted to SAAMIS MEMORIAL FUNERAL CHAPEL AND CREMATORIUM, “The Chapel in the Park”, locally owned and directed. Should you wish any additional information, please telephone (403)528-2599