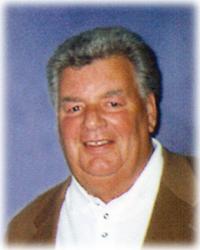 James Gary Wright (Bump) of Medicine Hat passed away on Tuesday November 19, 2013, at the age of 76 years.  Throughout his courageous battle with renal failure, he was surrounded by the love of his family and friends.  Gary is lovingly remembered by his beloved wife, Gail;  son, Gary Jr. (Heather) and his daughter, Dana and his step-sons, Daniel, Adam and Josh;  son, Todd (Betty) and their daughter Montana;  daughter, Vanessa (Pavol) and her two daughters, Katelyn and Brooke and her two step-sons, Juraj and Matus;  his brother, Cliff (Eleanor) Wright as well as loving nieces, nephews and a host of long time friends.  Gary was predeceased by his brother, Robert (Bob) Wright;  his parents, Cliff Sr. and Myra Wright and his best buddy, Larry Frandsen.  Gary was a dedicated retailer, and proud to be the fourth generation owner/operator of Wright’s Jewelry Store.  He loved his job and had a keen knowledge of the industry.  “Bump” was a very active member of the community leading him to become the President of the Medicine Hat Golf and Country Club, Kinsmen Club, Curling Club, Downtown Business Association and Deputy Governor General of the Kinsmen Club.  He participated in the Masonic Lodge and played in the Shrine Band.  He was a Board Member of the Chamber of Commerce, Crime Stoppers and Hockey Hounds.  Gary lived life to the fullest and had many passions: primarily golf, curling, cards and practical jokes!  He enjoyed traveling with Gail, golf trips with his buddies, and in the post golf season, coffee and cards with his good pals.  He enjoyed all kinds of sports and made many valiant attempts at skiing but always found better success in the Ski Lodge.  He lived to see his beloved Boston Red Sox win the World Series this year.  More than anything, he loved spending time with his grandchildren – they meant the world to him.  As  successful a business man as he was, it sometimes interfered with his busy golf schedule.  He was often heard saying, “If I die tomorrow, they can’t say I didn’t have a good time!”  The family would like to extend their heartfelt appreciation to Dr. Ahmad and the exceptional staff at the Medicine Hat Renal Dialysis Unit.  We are forever grateful to the compassionate nurses and staff. A Celebration of Gary’s life will be held at St. John’s Presbyterian Church, 504 – 2 Street S.E., Medicine Hat on Monday, November 25, 2013, at 1:00 p.m. with Rev. Dr. Nancy Cocks officiating. Private Interment will follow at Hillside Cemetery with a time of fellowship thereafter at the Medicine Hat Golf and Country Club.  (Condolences may be expressed by visiting www.cooksouthland.com)  If friends so desire, memorial donations in memory of Gary may be made directly to the Medicine Hat Dialysis Unit care of the Medicine Hat and District Health Foundation, 666 – 5 Street S.W., Medicine Hat, Alberta, T1A 4H6.  Honoured to serve the family is COOK SOUTHLAND Funeral Chapel, 901 – 13 Street S.W., Medicine Hat, Alberta, T1A 4V4.  Telephone:  403-527-6455.

No Condolences for “GARY WRIGHT”

Leave a Condolence for carol fischer