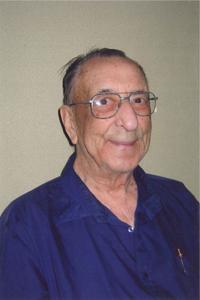 Anton “Tony” Kopp of Medicine Hat, beloved husband of the late Catherine Kopp, passed away on Saturday, November 23rd, 2013 at the age of 93 years. Tony leaves to cherish his memory three children, Martin Kopp of Bradenton, Florida, Doreen (Albert) Steinback of Regina, and Gloria (Wayne) Gorin of Winnipeg; nine grandchildren: Penny (Matthew) Stone and their children, Sam and Sophie; Jennifer (Ian) Gludberg and their children, Owen and Mykaela; Wendy (Peter) McDougall and their children, Hugh and Nolan; Kevin (Carla) Steinback and their son, Tyler; Cory (Carrie) Steinback and their children, Hailey and Bronlyn; Tim (Rosana) Steinback and their son, Nicholas; Jolene (Chris) Hogan and their children, Caitlyn and Cole; Renee Gorin (Jason “Jay” Driedger); Michelle (Mike) Riechert and their daughter, Amara; special niece/daughter, Bernice (Chester) Welte and their three sons, Warren, Wayne, and Wade (Tammy) and their children, Wryder and Taylor; one sister, Bertha Littlechild of Edmonton; as well as numerous nieces and nephews. Tony was predeceased by his wife, Catherine on January 9th, 2011; his parents, George and Beta Kopp; one sons, Donald Kopp; one grandson, Craig Gorin; and his brothers and sisters. Tony was born on the family farm near Fox Valley, Saskatchewan on June 1st, 1920 where he was also raised and educated. He served in the Armed Forces during WWII (1942-1946) stationed in Canada, Britain and Europe. Upon his return home, Tony married the former Catherine Harty on November 10th, 1947 in Richmound, Saskatchewan. They continued to farm in the area from 1947 to 1976 and he was also Post Master from 1972 to 1985 in Richmound. In 1989, he and Catherine retired to Medicine Hat. Tony enjoyed golfing, fishing, playing cards, dancing, bowling, bicycling and visiting with his children and grandchildren. He is an Honourary Life Member of the Knights of Columbus and a Member of the Royal Canadian Legion Robertson Branch #17. Vigil Rites (prayers) will be said at SAAMIS MEMORIAL FUNERAL CHAPEL, #1 Dunmore Road SE, on Wednesday, November 27th, 2013 at 7:00 p.m. The Funeral Mass will be celebrated in ST. PATRICK’S ROMAN CATHOLIC CHURCH, 238 – 2nd Avenue NE, on Thursday, November 28th, 2013 at 11:00 a.m. with Father Long Vu, celebrant. The officers and members of the Royal Canadian Legion, Medicine Hat Branch #17 will conduct a Poppy Service for their departed comrade. Interment will follow in the Roman Catholic Section at Hillside Cemetery. Memorial gifts in Tony’s memory may be made to the Alberta Heart & Stroke Foundation, #124, 430 – 6th Avenue SE, Medicine Hat, Alberta, T1A 2S8. Condolences may be sent through www.saamis.com or to condolences@saamis.com subject heading Tony Kopp. Radio funeral announcement can be heard on Wednesday around 12:35 p.m. on 93.7 Praise FM. Funeral arrangements are entrusted to SAAMIS MEMORIAL FUNERAL CHAPEL AND CREMATORIUM, “The Chapel in the Park”, locally owned and directed. Should you wish any additional information, please telephone (403)528-2599