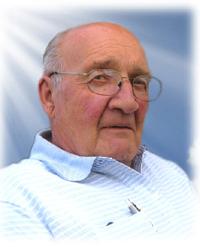 1944 ~ 2013
Mr. Ronald Streifel, beloved husband of Mrs. MaryAnne Streifel, passed away at the Medicine Hat Regional Hospital on Sunday, December 22, 2013, at the age of 69 years.  Ronald Jacob Streifel was born to proud parents, Jacob and Celine Streifel in Leader, Saskatchewan on September 8, 1944.  He was raised on the family farm South of Mendham and received his education at the Krupp Country School.  He married the love of his life, MaryAnne Erker, on December 28, 1976, at St. Francis Xavier Church in Saskatoon, Saskatchewan.  Together, they farmed in the Mendham area until retiring to Medicine Hat.  Ron kept busy in retirement enjoying his daily walks and coffee with friends at the Mall.  He looked forward to family trips, most memorably, his first opportunity to fly and visit Las Vegas!  More than anything, this loving husband, father and grandfather enjoyed time spent with his family… especially the grandkids.  He loved being a Grandpa, and made the most of each opportunity to support his grandchildren in their activities.   Along with his loving wife of 37 years, MaryAnne, Ron’s memory will live on in the hearts of his three children and their families:  Brenda (Michael) Gibb and son, Danny;  Wanda (Shawn) Knutson and son, Preston;  Mark (Brittany) and children, Alexis and Brayden.  He will be lovingly remembered by one sister, Sheila Leikeim; one brother, Doug Streifel as well as numerous brothers-in-law, sisters-in-law, nieces and nephews.  He was predeceased by his mother, Celine, his father, Jack, and a sister, Judy Bellavance.  A Celebration of Ronald’s life will be held at Cook Southland Funeral Chapel, 901 – 13 Street S.W., Medicine Hat on Friday, December 27, 2013, at 2:30 P.M. with Rev. Father Philip Le officiating.  Interment will follow at Hillside Cemetery.  (Condolences may be expressed by visiting www.cooksouthland.com)  If friends so desire, memorial tributes in memory of Ron may be made directly to the Canadian Lung Association, P.O. Box 4500, Edmonton, Alberta, T6E 6K2.  Honoured to serve the family is Cook Southland Funeral Chapel, 901 – 13th Street S.W. Medicine Hat, Alberta T1A 4V4 Phone 403-527-6455

No Condolences for “RONALD STREIFEL”

Leave a Condolence for Audrey Doepker