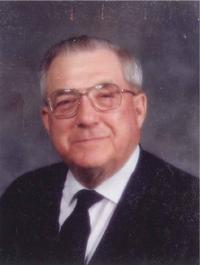 It is with profound sadness that we announce the sudden passing of Ralph Allan English (Dad) at his home in Medicine Hat on December 22nd, 2013 at the age of 82 years. Left to cherish his memory are his beloved wife, Mary; and his children, Louise (Danny) Anderson of Saskatoon, SK, Shari English (Dean Verpy) of Medicine Hat, and Roderick (Dawn) English of North Battleford, SK. Also left to cherish his memory are his grandchildren, Craig, J.J., Joey, Jeremy, Arianna and Alexis; great-grandchildren, Jayla and Mya; and siblings, Virginia Mellor, Joyce Parson (Gerald Thibodeau), and Elaine (Arthur) Lidstone. Dad was predeceased by his son, Lynnwood; his parents, Annie Liza and Cabell Blunt English; brothers, James and Ida English, C.B. and Betty English; sister, Francis and Don Shannon; and brothers-in-law, Tom Mellor and Mike Parson. Dad was born in Gull Lake on July 15th, 1931. He was raised on a farm 18 miles northwest of Gull Lake and attended Delta School. Many miles were made on horseback from Grades 1 to 8 before he took his Grade 9 at Twin Butte School where he made friendships that lasted a lifetime. Dad resumed farming with his parents on the family farm until he met the love of his life, Mary Smith. They married and moved to Verlo where their family grew to include Lynnwood, Louise, Shari and Roderick. In 1961 the family moved to the home place. The following years flew by one day at a time as more land was purchased and the herd increased. In addition to family activities including trips to Disneyland and Virginia, Dad enjoyed being part of the Verlo ball team as well as a member of the Gull Lake Elks. Dad also enjoyed fishing trips, attending auction sales and traveling to major league ball games with family and friends. His strong work ethic and willingness to help others made him a valuable member of his community. In addition to golfing and traveling, Dad’s retirement included spending quality time with family and friends. We, his family, will cherish forever the memories of this honourable, generous and wonderful man. A Memorial Service will be held at the Gull Lake & District Recreation Complex, 7275 Lake Avenue, Gull Lake, on January 18th, 2014 at 2:00 p.m. In lieu of flowers, a donation in Dad’s memory may be made to the Gull Lake & District Recreation Complex or Autumn House, Box 630, Gull Lake, Saskatchewan, S0N 1A0. Condolences may be sent through www.saamis.com or to condolences@saamis.com subject heading Ralph English. Funeral arrangements are entrusted to SAAMIS MEMORIAL FUNERAL CHAPEL AND CREMATORIUM, “The Chapel in the Park”, locally owned and directed. Should you wish any additional information, please telephone (403)528-2599