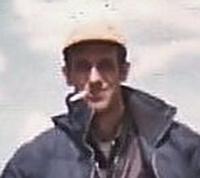 Michael Reeder, beloved husband of Darleen Reeder of Medicine Hat, passed away on December 26th, 2013 at the age of 82 years. Michael also leaves to cherish his memory two sons, John (Sheila) Reeder and Gary (Michele) Reeder both of Medicine Hat; two grandchildren, Blaine Reeder of Fort McMurray and Jason Reeder (Sherry Trafiak) of Cochrane; one sister, Frances (Ralph) Getz of Medicine Hat; as well as numerous nieces and nephews. He was predeceased by his parents, Andrew and Kathleen; one brother, John Kahl; two sisters, Agnes May, and Annie Getz; sister-in-law, Frances Kahl; as well as two brothers- in-law, Ronald Price and Matt Getz. The Funeral Service will be held in SAAMIS MEMORIAL FUNERAL CHAPEL, #1 Dunmore Road SE, on Saturday, January 4, 2014, at 10:00 AM with Gary W. Goran officiating. Memorial gifts in Michael’s memory may be made to the Alzheimer Society (Palliser Region), 401D – 3rd Street SE, Medicine Hat, Alberta, T1A 0G8, Condolences may be sent through www.saamis.com or to condolences@saamis.com subject heading Michael Reeder. Funeral arrangements are entrusted to SAAMIS MEMORIAL FUNERAL CHAPEL AND CREMATORIUM, “The Chapel in the Park”, locally owned and directed. Should you wish any additional information, please telephone (403)528-2599