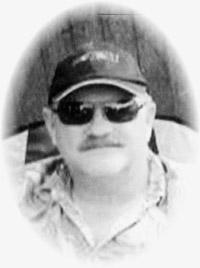 Colin Patrick MacKay (Puddy) of Medicine Hat passed away suddenly on Tuesday, December 31st, 2013 at the age of 61 years. He leaves to cherish his memory his parents, Ginny and Dale MacKay; brothers, Glen (Pat) of Redcliff and Kim of Surrey, British Columbia; sisters, Lynn Ann (Dennis) Glass of Medicine Hat, Gail (Marvin) Schmaltz, Debbie (Terry) Yanulik, both of Redcliff and Sharon MacKay of Medicine Hat; his fiancée, Pat Hall with whom they enjoyed their yearly vacations to Oregon and the Caribbean. He also leaves numerous nieces, nephews, cousins and friends. Colin was employed at D.R.E.S. for over 30 years, retiring in 2011. He loved doing artwork, mainly drawings of wild animals and birds. He also took up photography and enjoyed walking with camera in hand through Police Point Park capturing the wildlife along the river. Following Colin’s request there will no funeral. A private placement of Colin’s ashes will take place at a later date. Memorial gifts in Colin’s memory may be made to the S.P.C.A., 55 Southwest Drive SW, Medicine Hat, Alberta, T1A 8E8. Condolences may be sent through www.saamis.com or to condolences@saamis.com subject heading Colin MacKay. Funeral arrangements are entrusted to SAAMIS MEMORIAL FUNERAL CHAPEL AND CREMATORIUM, “The Chapel in the Park”, locally owned and directed. Should you wish any additional information, please telephone (403)528-2599