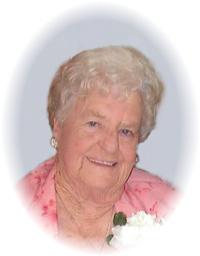 Mrs. Margaret Janet Cruickshank, beloved wife of Mr. William “Bill” Cruickshank of Medicine Hat, passed away on Saturday, February 15th, 2014 at the age of 83 years. Margaret also leaves to cherish her memory one daughter, Judy Kheen; two grandchildren, David (Lisa) Kheen and Aaron Kheen; one great-granddaughter, Malena; one brother, Robert (Jean) Burns; one sister, June Burns; one step son, Darcy Cruickshank, one step daughter, Anita Cruickshank; as well as three nieces, Barb (Terry) Labbe, Cheryl and Wendy Milligan; and two nephews, Fred Dickson and Shayne Dickson. Margaret was predeceased by her parents, Archie and Janet Burns; and one brother, George Burns. Margaret lived in Port Arthur, Ontario, St. Flex Devois, Quebec, and Chilliwack, BC, moving around because her father was in the Air Force. She developed many friendships across the country travelling with the Canadian Armed Forces and enjoyed her winters in Yuma, Arizona. The family would like to thank the staff of 5East/West at the Medicine Hat Regional Hospital for their wonderful care of Margaret. Those wishing to pay their respects may do so at SAAMIS MEMORIAL FUNERAL CHAPEL, #1 Dunmore Road SE, on Thursday from 7:00 to 9:00 p.m. The Funeral Service will be held in SAAMIS MEMORIAL FUNERAL CHAPEL on Friday, February 21st, 2014 at 2:00 p.m. with Gary W. Goran officiating. Interment will follow in the Veteran’s Section at Redcliff Cemetery. In lieu of flowers, memorial gifts in Margaret’s memory may be made to the Alberta Heart & Stroke Foundation, #124, 430 – 6th Avenue SE, Medicine Hat, Alberta, T1A 2S8. Condolences may be sent through www.saamis.com or to condolences@saamis.com subject heading Margaret Cruickshank. Radio funeral announcement can be heard on Thursday around 11:45 a.m. on 93.7 Praise FM. Funeral arrangements are entrusted to SAAMIS MEMORIAL FUNERAL CHAPEL CREMATORIUM & RECEPTION CENTRE, “The Chapel in the Park”, locally owned and directed. Should you wish any additional information, please telephone (403)528-2599