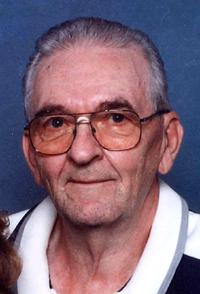 On February 11th, 2014, your loving wife, Violet “Vi” lost the love of her life, Don. She will always cherish the love they had for so many happy years. He also leaves to mourn his passing his two daughters, Cheryl (Robert) Lewis and their daughters, Carrie and Kristi, Laurie (Reg) Blaney and their daughters, Jillian and Paige; one brother, Stanley; two cousins and three nephews. Don was devoted to his family. He was extremely proud of his daughters and granddaughters and reveled in their career and personal accomplishments. He was happiest when his girls and their families came to visit; he would make them homemade bread and soup or grill his famous five-star steaks. In retirement, he loved to be surrounded by family; playing cards or mini-golf, shooting pool, going on picnics or family holidays. His granddaughters loved him for his quirky sense of humour and the character that he was. Don was a railroad man in his early career. His passion for trains continued in the form of a model village he constructed. He retired from Dom Glass as an instrument technician. Listening to music, dancing, playing guitar and mandolin, watching movies, building model cars and ships, and coaching the Redcliff Royals softball team were some of Don’s hobbies. He took pride in his home and garden; there was nothing he could not repair or renovate and he spent hours “tickling” his tomato and pepper plants and tending his pots of geraniums. Private services will be held at a later date. Memorial gifts in Don’s memory may be made to the Heart & Stroke Foundation of Alberta, NWT & Nunavut, 10985 – 124th Street NW, Edmonton, Alberta, T5M 0H9. Condolences may be sent through www.saamis.com or to condolences@saamis.com subject heading Don Antoniuk. Funeral arrangements are entrusted to SAAMIS MEMORIAL FUNERAL CHAPEL CREMATORIUM & RECEPTION CENTRE, “The Chapel in the Park”, locally owned and directed. Should you wish any additional information, please telephone (403)528-2599