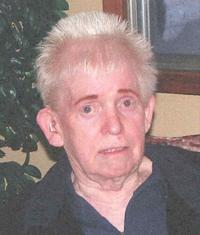 Miriam Jensen of Medicine Hat, passed away on Sunday, February 16th, 2014 at the age of 70 years. Miriam leaves to cherish her memory two sons, Bob (Holly) McFarlane and Wayne (Shawna) McFarlane; two daughters, Shelley (Jon) McFarlane and June (Perry) Wilson; six grandchildren, Jennifer McFarlane, Chrissy DeGeer, Eddie McFarlane, Andrew Wilson, Marlayna Wilson and Gary Wilson; eleven great- grandchildren; one brother, John (Irene) McArthur; one sister, Kathy McArthur; as well as numerous nieces and nephews. Miriam was predeceased by her parents, Lorne and Helen McArthur; her husband, Donald Jensen; and three brothers, Bill McArthur, Donny McArthur and Peter McArthur. Miriam was born on November 1st, 1943 in Orangeville, Ontario. She loved spending time with her family and spoiling her grandchildren and great- grandchildren. Miriam enjoyed bowling and bingo and loved meeting people that came in to Walmart where she worked as a greeter. Those wishing to pay their respects may do so at SAAMIS MEMORIAL FUNERAL CHAPEL, #1 Dunmore Road SE, on Friday, February 21st and Saturday, February 22nd from 1:00 until 4:00 p.m. and from 7:00 until 9:00 p.m. No additional funeral services will be held. Memorial gifts in Miriam’s memory may be made to the Alberta Heart & Stroke Foundation, #124, 430 – 6th Avenue SE, Medicine Hat, Alberta, T1A 2S8. Condolences may be sent through www.saamis.com or to condolences@saamis.com subject heading Miriam Jensen. Funeral arrangements are entrusted to SAAMIS MEMORIAL FUNERAL CHAPEL CREMATORIUM & RECEPTION CENTRE, “The Chapel in the Park”, locally owned and directed. Should you wish any additional information, please telephone (403)528-2599