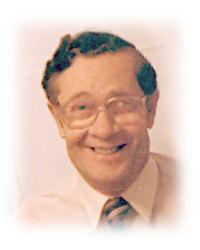 1930 ~ 2014
Mr. Martin Volk passed away peacefully at the Medicine Hat Regional Hospital on Saturday, February 15, 2014, at the age of 83 years.  Martin leaves to cherish his memory:  two brothers, Val and Joe (Dolores) of Medicine Hat; sister, Lena of Drumheller;  sister-in-law, Lucille of Kamloops, BC. as well as numerous nieces, nephews and cousins.  He was predeceased by his parents, Martin and Pauline;   brothers, Gabriel, John, Tony and Nick;  brother-in-law, Frank and sister-in-law, Phyllis. Martin was born and raised in the Schuler area, moving to Calgary at an early age.  He worked at Johnson Terminal for many years before retiring.  It was only recently that failing health prompted his move to Medicine Hat where he could be closer to his family.  Those wishing to pay their respects may do so starting one hour prior to the service which will be held at Cook Southland Funeral Chapel, 901 – 13 Street S.W., Medicine Hat on Thursday, February 20, 2014, at 2:00 p.m. with Reverend Father Alphonse Narisetty officiating.   Interment will follow at Hillside Cemetery and fellowship thereafter in the Cook Southland Reception Facility.  (Condolences may be expressed by visiting www.cooksouthland.com)  Honoured to serve the family is Cook Southland Funeral Chapel, 901 – 13th Street S.W. Medicine Hat, Alberta T1A 4V4 Phone 403-527-6455

No Condolences for “MARTIN VOLK”