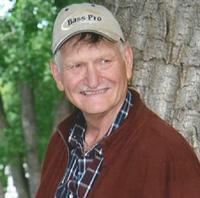 Henry Bosch passed away peacefully on Monday, February 17, 2014 at the age of 72 years. He is survived by his loving wife Vivian of 48 years along with their three children, Marcel; Steven and his sons Hunter and TJ; Lynnae (Trevor) and their twins Eric and Jenna. Also, Henry’s siblings: Aloise (Carol) Bosch, George (Marlene) Bosch, Ralph (Patricia) Bosch, Theresa (Alex) Macaulay, Bill (Georgina) Bosch, August Soehn Joan Bosch and Edith Bosch. He was predeceased by his parents, Joe and Ottilia, brothers Fred, Joe, John, and Clem, and sisters Barbara and Magdalen. Henry always made time and enjoyed his many nephews and nieces and their families. Henry, one of twelve siblings, was raised on a farm two miles west of the Great Sand Hills. He started with Saskatchewan Wheat Pool in 1964 at Burstall and then was stationed at Swift Current on December 1, 1964 where he was employed in the Farm Service Division of Saskatchewan Wheat Pool for most of his 33 years of employment. He retired on May 1, 1997 as Manager. Henry married Vivian Wagner in 1965 and they lived most of their married life in Swift Current. Henry couldn’t do enough for his wife, children and grandchildren or give enough praise to them for their achievements. Henry and Vivian enjoyed travelling. His faith was always a priority and was nurtured by reflecting on Scripture reading. He remembered many in daily prayer and was a listening ear to those at coffee row. Henry was a Life Member of the Knights of Columbus which involved him in many community activities such as Meals on Wheels. He enjoyed sports activities, loved curling and hockey during the winter months which made him an enthusiastic Bronco fan. He spent much time following his sons in hockey and enjoyed the camaraderie of other parents. He loved the competition of fishing with others and also the serenity of fishing alone at the cottage at Beaver Flat on Diefenbaker Lake. Henry always looked forward to the yearly Bosch Cattle Branding and round-up at the Community Pasture near the Sand Hills. A Prayer Service will be held on Friday, February 21, 2014 at 7:00 p.m. and the funeral mass will be celebrated at Christ the Redeemer Parish on February 22, 2014 at 11:00 a.m. As an expression of sympathy, donations may be made to Christ the Redeemer Building Fund, 600 Circle Drive, Swift Current, Sask. S9H 4E1

No Condolences for “BOSCH”