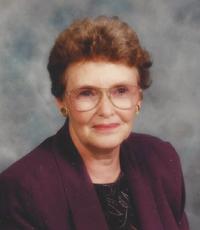 On Feb. 25, 2014, one day after her 78th birthday, Elaine Isabelle succumbed to her battle with cancer. Determined to the very end, she refused to go before her birthday.
She is survived by her husband of 57 years, Bernard, her three children Linda (Warren), David (Dorris) and Steven, her mother Joan Lawrence and her four siblings and their families.
Born Elaine Isobel Lawrence, on February 24, 1936 in Maple Creek, Saskatchewan to Russell and Joan Lawrence, she was the oldest of five children and one of four daughters, Donna (Bill, deceased), Frances (Richard), Heather (Roger, deceased) and one brother Eric (Ann).
Raised on the Lawrence Ranch she acquired a love of the land and animals, interests that continued into her later life and were evidenced in her gardening and affection for all animals, but most especially cats.
She attended school at the Economy School as well as part of a year in Gladstone, Manitoba, completing the rest in Maple Creek.
Elaine left Maple Creek after graduating to go to Saskatoon to train as a lab technologist at City Hospital. Later in life, she returned to school at Kelsey Institute in Saskatoon to study for certification as a diagnostic technician so that she could also do X-rays. She worked for many years as a lab technologist and she also worked in a managerial capacity.
Bernard and Elaine met in Maple Creek and were married November 17, 1956. Their daughter Linda was born in Maple Creek in 1958. Bernard was in the Air Force (RCAF) as an instrument and electrical technician and in 1958 he and Elaine were sent to Trenton, Ontario where they lived for six years. They created a close-knit group of friends that they remained in contact with through the years. Their two sons David and Steven were born during their time in Trenton, David in 1959 and Steven in 1963.
In 1965, the family was posted to Zweibruken, Germany for three years and Elaine and Bernard took every available opportunity to show Europe to their children. Elaine loved her time there and instilled an interest in culture and history in her children. With each posting, there were activities for the wives to keep them occupied and Elaine got involved in painting, pottery and other art forms. In 1968, the family moved back to Canada to a posting on Vancouver Island, in Comox. They remained there for six years before Bernard took one more final posting in Cold Lake, Alberta before retiring from the military after 23 years. At that time they moved the family to Maple Creek where Bernard and Elaine had been raised, to spend the remainder of their lives. Elaine worked at the hospital as a lab technologist and X-ray tech until retiring in 1997.
Elaine was actively involved in her five grandchildren’s lives and activities and she and Bernard often followed them to their out-of-town sports tournaments. She loved the therapeutic benefits of gardening and had a very large garden on their property. She loved the arts and encouraged her children and grandchildren to stay active in music, literature and expression of their many talents. She was a busy member of the Old Timer’s Association and was involved with the Anglican Church. The relationships that she and Bernard forged with the people they met through the military remained intact and they continued to have regular contact with some of them. Elaine renewed old friendships in Maple Creek and forged many  new ones. She was known for offering a helping hand to whatever committee might need her and she was never idle for long. Her passion for travel never wavered and she did return to Europe for her son David’s wedding as well as spending time in the Maritimes, Mexico, Phoenix, and several other destinations. She had always hoped to do more, but that opportunity was lost with her death.
She will be deeply missed by her family and friends and the community she was a part of.
The funeral service was held at St. Mary’s Anglican Church in Maple Creek, Saskatchewan on Mon., Mar. 3, 2014 at 2 p.m. with Rev. Peter Boote officiating. Interment will take place at a later date. Pallbearers were grandchildren of Elaine: Lane Hogg, Everett Hogg, Trevor Dillman, Gerron Hogg, Spencer Tudor, Warren Sanregret. Honorary pallbearers were all those who shared in Elaine’s life.
Those who wish to, may remember Elaine with a gift to the Southwest Healthcare Trust c/o Cypress Credit Union.
To email an expression of sympathy, you may visit www.gonebutnotforogtten.ca.
Binkley’s Funeral Service, Maple Creek and Leader, in charge of arrangements. 306-662-2292

No Condolences for “ISABELLE”