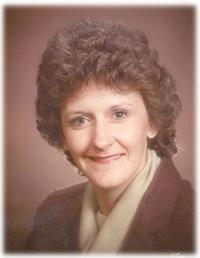 1946 ~ 2014
It is with heavy hearts that the family of Sharon Theresa Washburn, beloved wife of Norman Washburn, announce her passing at the Medicine Hat Regional Hospital on Wednesday, March 19, 2014, at the age of 67 years. Sharon was born September 6, 1946 in Turner Valley, a daughter to proud parents, Cecil and Stella Bevans. She attended school in Gravelbourg and graduated from St. Mary’s High School in Edmonton. In the early ‘60s she met Norman Washburn and they were later married October 24, 1964 in Edmonton. They made their home in Edmonton before moving to Medicine Hat in 1980.  She was known for her many years of service to the Lawnshop and lastly, Diamond Cut Lawn Service.  Sharon enjoyed the simple things in life…. reading, camping, going for walks and cooking for her family. She always put family first and supported her grandchildren as their number one fan whether it be soccer, ringette, hockey or recitals, grandma was always there cheering them on! One of Sharon’s fondest memories was watching her granddaughter, Jessica, dress up the family dog Molly in her numerous outfits. She was a wonderful wife, mother and grandmother and will be deeply missed be her husband, Norman; children daughter, Terri Siwy and her children, Amanda, Hailey and Jessica; daughter, Brenda Daley and her son, Holden;  son, Darryl (Carmen) Washburn and their family, Isabelle and Kyran as well as numerous nieces and nephews. She was predeceased by her parents, Cecil and Stella Bevans and two brothers, Gerald Horne and Russel Bevans. The Funeral Service will be held at Holy Family Parish, 1451 Strachan Road S.E., Medicine Hat on Friday, March 21, 2014 at 1:00 p.m. with Reverend Father Philip Le officiating.  Columbarium placement will take place at a later date at Hillside Cemetery.  (Condolences may be expressed by visiting www.cook southland.com)  Memorial donations in Sharon’s name may be made directly to the SPCA, 55 Southwest Drive, S.W., Medicine Hat, Alberta, T1A 8E8 or to the Canadian Cancer Society, 102, Crestwood Square One, 1865 Dunmore Road S.E., Medicine Hat, Alberta. T1A 1Z8.  Honoured to serve the family is Cook Southland Funeral Chapel, 901 – 13th Street S.W. Medicine Hat, Alberta T1A 4V4 Phone 403-527-6455

No Condolences for “SHARON WASHBURN”