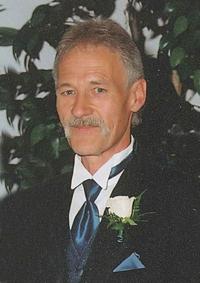 The family of Dave Beisel is deeply saddened to announce his passing on Sunday, March 30th, 2014 at the age of 61 years. Dave had a 9 year battle with cancer and kidney failure that he fought courageously to the end. He was determined to live. Dave is survived by his devoted wife of 40 years, Charlotte; his loving daughter and son-in-law, Chrisie & Joey Merriman; and two precious grandchildren, Isaac and Katie. Dave has also left behind his brothers, Don, Brian (Brenda); two nieces, Haley and Hanna; Charlotte’s sister, Brenda; three nephews, Greg and his daughters, Lauren and Mason, Brad (James) and Marc (Elena) and his daughter, Natalie. Cremation has taken place and no formal funeral service will be held. Flowers are gratefully declined; memorial gifts in Dave’s memory may be made to the Charity of One’s Choice. Condolences may be sent through www.saamis.com or to condolences@saamis.com subject heading Dave Beisel. Funeral arrangements are entrusted to SAAMIS MEMORIAL FUNERAL CHAPEL CREMATORIUM & RECEPTION CENTRE, “The Chapel in the Park”, locally owned and directed. Should you wish any additional information, please telephone (403)528-2599