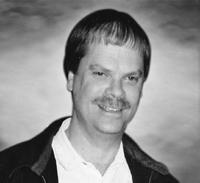 It is with heartfelt sadness that the family of Greg Shaw announces his passing on Tuesday, May 27, 2014 at the age of 57 years.
Greg was born July 2, 1956 in Quebec. At a young age, he moved with his family to Medicine Hat where spent his childhood and attended the local schools. In 1976, Greg graduated from the University of Calgary with a Bachelors degree in Electrical Engineering. He worked for Telus for a short time, and then returned to the University of Calgary where he earned a Masters degree in Engineering. He taught at Medicine Hat College for a few years before going to the University of Alberta where he received a PhD in Electrical Engineering.
For the past 25 years, Greg resided in Calgary where he worked at the University of Calgary in the Heritage Medical Centre as a researcher. In addition, Greg was a key developer at Etymotic Research in Chicago, focusing on the development of hearing testing instruments. His contributions helped create the best selling hearing testing instrument in the world. It is estimated that over 100 million ears have been tested using the technology he helped create. He is a named inventor on several US patents and numerous international patents.
Greg was a wonderful son, brother, grandson, nephew, cousin and friend. He valued each relationship greatly. He was compassionate, kind, sensitive and willing to help each of us whenever he could.
Greg had a good sense of humor and a quick wit – he liked to laugh and make others laugh too. He also had a sweet tooth, and loved to eat white cake and other desserts!!! In his free time, Greg loved to travel and explore new places. He enjoyed the outdoors – hiking, skiing and camping. He was an avid movie watcher.
Greg will be greatly missed by his mother, Lorna Shaw, his sister Carol Shaw and special friend Honey Chan. He is also survived by extended family, Ross and Shirley Glen, Shirley and Ted Connolly, Cathy, Dave and Sarah Orr, Debbie and Rob, Cassandra and Dana Will; and his furry best friend Buzzy.
Greg was predeceased by his father, Ridley Shaw, grandparents, Jennie and Norman Shaw and Phyllis and Bill Glen. The family would like to express our thanks for the kind care that was given to Greg at the Sarcee Hospice.
A Celebration of Greg’s life will be held at The Earl Grey Golf and Country Club on Friday, June 6, 2014 at 3:00 p.m. Please forward condolences through www.hffs.com.
HERITAGE FUNERAL SERVICES “Calgary Crematorium Chapel”
Telephone: (403) 299-0111