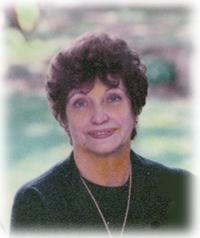 It is with sadness that the family of Mrs. Dolores Isobel DeJong (nee Paul), announce her peaceful passing while at the Medicine Hat Regional Hospital on Friday, June 13, 2014, at the age of 81 years.  Dolores was born in Fox Valley, Saskatchewan, and moved with the family to Medicine Hat in 1945.  On August 8, 1952, she married the love of her life, Cory DeJong at St. Patrick’s Church. In 1965, Dolores and Cory along with their children moved to Calgary before returning to Medicine Hat in 1987 where she resided until her passing. Dolores worked at Medalta Potteries and Dominion Glass for a number of years.  She also did volunteer work and was always a supportive spectator at her children\’s and grandchildren\’s school and community activities.  Dolores was a warm and welcoming person who had a unique sense of humour and will be fondly remembered by those who had the pleasure of knowing her.  Dolores is survived by her husband, Cory; children, Cyndi, Corinne (Paul), Carmen (John) and Jason (Shelly); grandchildren, Braden, Anne, Paul, Michelle, Tyler, Jacqueline, Cory, Giles, Easton and Cale;  great-grandchildren, Kodi, Kira, Jordan, Cohen and Saxon.  Dolores is survived by her sisters, Leona and Shirley (Ray) and many nieces and nephews.  Dolores was predeceased by her parents, John and Cordelia as well as her brothers, Bobby, Tom, Rudy and sisters, Lorraine, Irene and Thomias.  Those wishing to pay their respects may do so one hour prior to Vigil Prayers and again one hour prior to the Funeral Mass.  The Vigil Prayers will be recited at Cook Southland Funeral Chapel, 901- 13 Street S.W., Medicine Hat on Tuesday, June 17, 2014, beginning at 7:00 p.m.  The Funeral Mass will be celebrated at St. Patrick’s Roman Catholic Parish, 238 – 2 Avenue N.E., Medicine Hat on Wednesday, June 18, 2014, at 11:00 a.m. with The Very Reverend Father Long Vu celebrant.  Interment to follow at Hillside Cemetery.  (Condolences may be expressed by visiting www.cooksouthland.com)  Memorial donations in Dolores’ name may be made directly to the Alberta Lung Association, P.O. Box 4700, Stn South, Edmonton, AB. T6E 9Z9 or to the Heart & Stroke Foundation of Alberta, #124, 430 – 6 Avenue S.E.,  Medicine Hat, AB.,  T1A 2S8.  Honoured to serve the family is Cook Southland Funeral Chapel, 901 – 13th Street S.W. Medicine Hat, Alberta T1A 4V4 Phone 403-527-6455