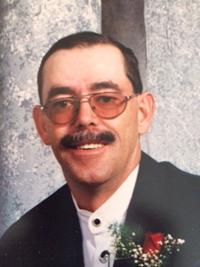 Dirk, Dale Anthony passed away on Saturday, June 14, 2014 at the age of 52.  Dale is survived by his wife Sylvia, his siblings, Faron Dirk, Glenda (Ken) Herman, Sandra (Chad) Leskis, nephews and nieces, Kristen, Justin, Clayton (Stephanie), Taija, Colton, Trent, Logan and great niece, Pheonix, step-children Lisa (Kelly) Ziegler, Bryan (Naiomi) Henry, and step-grandchildren Zachary and Aleesha.  Dale was predeceased by his parents, Irene and Louis and brother Keith.
Dale was born and raised in the Liebenthal and Leader area, where he attended school.  He attended the Medicine Hat College for mechanics. Dale later became a mason apprentice, leaving a legacy of many local landmarks.  Dale’s heart was always on the family farm, where he worked until he retired in 2008.
Dale met the love of his life, Sylvia Henry, in 1998 and later married in 2000.  Together they shared a love of golfing;  Consort, AB in the summer, and winter in Needles, California.
Donations in memory of Dale can be made to the Lung Association.
Prayers will be held on Tuesday, June 17, at 7:00 p.m. The Funeral service will take place on Wednesday, June 18, at 11:00 a.m. in the Liebenthal Sacred Heart Church located at Highway 21 & Highway 321. Binkley’s Funeral Service, Maple Creek and Leader, in charge of arrangements. 306-662-2292