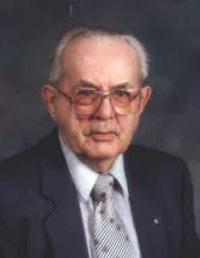 Valentine Deis, beloved husband of Victoria Deis of Medicine Hat, passed away on Tuesday, June 24th, 2014 at the age of 94 years. Valentine also leaves to cherish his memory his five children, Wilfred (Bonnie) of North Saanich, BC, Donald of Saskatoon, Patrick (Beverly) of Calgary, James (Dondalee) of Fox Valley, and Judy (Heinz) Strothmann of Medicine Hat; ten grandchildren, Luke, Colleen, Nathan, Michael, Richard, Ryan, Robert, Kalin, Desiree, and Meagan; eight great-grandchildren; one sister, Christina Dirk of Medicine Hat; two brother-in-law, Jack Kuntz and Ron Bell; three sisters-in-law, Rose Deis, Anne Deis, and May Deis; as well as numerous nieces and nephews. Valentine was predeceased by his parents, Valentine and Elizabeth Deis; six brothers, Frank, Tony, Joe, Casper, Peter, and Adam; and three sisters, Elizabeth, Eva, and Anna. Valentine was born on October 6th, 1919 at Fox Valley. He was raised on the family farm northeast of Fox Valley and attended Otis School. He served with the Canadian Army from 1941 to 1945 and after being discharged he returned to Fox Valley where he married Victoria Lerner on October 20th, 1947. They lived on the family homestead until 1951 when they moved into Fox Valley and Valentine continued to farm and worked as a buyer for Patterson Grain. In 1955, he discontinued his work as a grain buyer and focused only on farming, retiring to Medicine Hat in 1984. Valentine was a member of the Maple Creek School Board and the Fox Valley Credit Union Board for many years. He was also a member of the Knights of Columbus and served on many sporting committees. Valentine contributed many hours to his community including construction of the hockey arena, swimming pool, and community hall. Those wishing to pay their respects may do so at SAAMIS MEMORIAL FUNERAL CHAPEL, #1 Dunmore Road SE, on Thursday from 6:00 to 9:00 p.m. and at HOLY FAMILY PARISH, 1451 Strachan Road SE, on Friday from 10:00 to 10:55 a.m. Vigil Rites (Prayers) will be said at SAAMIS MEMORIAL FUNERAL CHAPEL on Thursday, June 26th, 2014 at 7:00 p.m. The Funeral Mass will be celebrated at HOLY FAMILY PARISH on Friday, June 27th, 2014 at 11:00 a.m. with Father Philip Le, celebrant. A Private Interment will take place in the Roman Catholic Section at Hillside Cemetery. Memorial gifts in Valentine\’s memory may be made to the Canadian Cancer Society, 102 – 1865 Dunmore Road SE, Medicine Hat, Alberta, T1A 1Z8, or to the Alberta Lung Association, PO Box 4700, Station South, Edmonton, Alberta, T6E 9Z9. Condolences may be sent through www.saamis.com or to condolences@saamis.com subject heading Valentine Deis. Funeral arrangements are entrusted to SAAMIS MEMORIAL FUNERAL CHAPEL CREMATORIUM & RECEPTION CENTRE, \”The Chapel in the Park\”, locally owned and directed. Should you wish any additional information, please telephone (403)528-2599