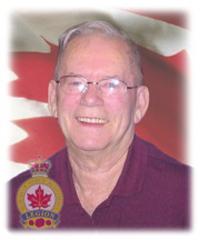 1936 ~ 2014
James Ronald (Ron) Duff passed away peacefully at Medicine Hat Regional Hospital with his family by his side on Monday, June 30, 2014, at the age of 78 years.  He leaves to cherish his memory four children:   Allan (Gizelle) Duff, Linda (Al) Duff, David (Emma) Duff and Barry (Marilyn) Duff;  six grandchildren, Shannon (Ryan) Straite, Trenton (Caroline) Duff, Richard (Sue) Klemen, Jesse Duff, Kaylin Duff and Matthew Duff and Ron’s buddy, Kane;  four great-grandchildren, Caleigh, Hayden, Sophie and Stockton.  our mother and Dad’s friend, Doreen;  two brothers, Gordon (Dorise) and Bobby (Claire) and one sister, Marie all from Nova Scotia as well as numerous nieces and nephews.  He was predeceased by his parents, Fred and Isabelle Duff, a brother, Ernie and a sister, Paula.  Ron was born in New Glasgow, Nova Scotia February 18, 1936, a son to Fred and Isabelle Duff.  He married Doreen Goguen and first resided in Nova Scotia.  In 1962 they moved to Medicine Hat where he was a dedicated employee at Goodyear for over 30 years.  Ron served his country as a Paratrooper with the Royal Canadian Regiment.  He also served as President of the Royal Canadian Legion Branch #17 for two terms.  Ron enjoyed spending time at the Legion and loved playing darts and won many trophies throughout the years.  He also enjoyed to golf in the summer months and curled for a few years in the winter.  He enjoyed many things but nothing compared to the joy he got in the time he spent with his family – especially the grandchildren.  He will be deeply missed by all who knew him.  A Celebration of Ron’s life will be held at Cook Southland Funeral Chapel, 901 – 13 Street S.W., Medicine Hat this Friday, July 4, 2014, at 3:00 p.m. with Reverend Barrett Scheske officiating.  (Condolences may be expressed by visiting www.cooksouthland.com)  In lieu of flowers, those wishing to remember Ron may do so through a donation to the charity of their choice.  Honoured to serve the family is Cook Southland Funeral Chapel, 901 – 13th Street S.W. Medicine Hat, Alberta T1A 4V4 Phone 403-527-6455