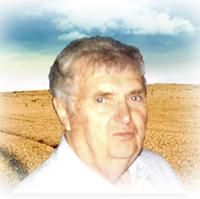 Murray James Richardson passed away peacefully while surrounded by family on Friday, July 4, 2014.  Murray was born on December 3, 1932, in Neepawa, Manitoba, and grew up on the family farm as the oldest of 4.  He is survived by his loving wife of 60 years, Jacqueline Shirley (nee Stone);  children:  Tracy Thomson (Laurie) and their children, Callie Thomson (Josh Mathieu), Rory Thomson, Hailey Thomson (Joel Locken) along with great-grandchildren, Ciarra, Skyler and Hayden Mathieu, Olivia and Zen Locken;  Derik Richardson (Jan) and their daughters, Ailish, Mackenzie and Abigail;  Loni O’Hearne (Jimmy); their daughters, Cezanne, Christina and Tayler;  daughter-in-law, Ann and her daughters, Jayme Richardson (Ron Mason) and Jodi Adrian (Phil) with grandchildren, Carter and Payten Adrian.  He is also survived by his sister, Jean Collins (Ken) of Winnipeg, MB.;  brother, Ron Richardson (Lois) of Penticton, BC. and sister-in-law, Dale Richardson of Spokane, Washington as well as numerous nieces and nephews.  Murray was predeceased by his oldest son, Terrence;  brother, Malcolm (Mac);  nephews, Paul and Greg and his parents, Thomas and Elizabeth.  Cats held a particularly special place in Murray’s life, and “Sassy” was his final pet.  He had many treasured cats over the years and was incredibly attentive to their needs – to the point that one of his relatives once quipped, “When I die, I want to come back as Murray’s cat!”  He Joined Manitoba Power Commission and obtained his Journeyman Lineman’s papers in 1954, having worked in several districts and on construction.   Murray Joined CPL in June 1954, as Assistant District Manager at Red Deer and also served in Edmonton.  He returned to Red Deer as Acting District Manager and Assistant until 1960, when he moved to Foremost as District Manager.  Murray then served as District Manager at Holden, Warner and eventually retired as District Manager in Medicine Hat.  Over the years and many communities in which he worked, Murray became involved in the Masonic Lodge, Chamber of Commerce, Lion’s Club and was even a volunteer firefighter.  Murray was a patient teacher to his many grandchildren.  He loved to visit, a skill he perfected during his many years working within the farming and ranching communities in which he was employed.  He was a carpentry perfectionist and was always willing to lend a hand on both simple tasks and special projects for his family and friends.  Murray was an avid hockey fan and loved to attend Tiger games.  A Celebration of Murray’s life will be held at Cook Southland Funeral Chapel, 901 – 13 Street S.W., Medicine Hat on Tuesday, July 8, 2014, at 2:30 p.m. with Life Celebrant Gerry Getz officiating.  Private Interment will take place prior to the service, and a time of fellowship will follow the service in the Cook Southland Reception Center.  Though Murray lost his struggle with lung disease, the battle rages on as his daughter Tracy currently awaits a lung transplant.  In lieu of flowers, those who wish to honor Murray may do so through a donation to Tracy’s transplant fund.  Please ensure cheques are made payable to “Tracy Thomson Trust”, c/o Laurie Thomson, Box 1927, Moose Jaw, Saskatchewan, S6H 7N6.  (Condolences may be expressed by visiting www.cooksouthland.com)  Honoured to serve the family is COOK SOUTHLAND Funeral Chapel, 901 – 13 Street S.W., Medicine Hat, Alberta, T1A 4V4.  Telephone:  403-527-6455.

One Condolence for “MURRAY JAMES RICHARDSON”