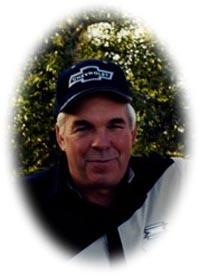 Stanley Donald McNeill was born on May 1, 1952 in Empress, Alberta and passed away peacefully on July 8, 2014 at the age of 62.
Stan leaves to cherish his memory with his wife of thirty-five years Glenna; children Gina (Mike); Devin (Danielle) and their son Tyson; Malcolm (Nicole) and their children Cash, and Carter; and Alexis; siblings Patt (Peter), Grant (Benita), and Sherry (Ernst); as well as many nieces and nephews. He was predeceased by his parents Don and Marion.
Stan had the biggest heart and would do anything for anyone. He will be greatly missed by all.
A funeral service will be held Monday, July 14 at 2:00 p.m. in the Empress Agridome, Empress, Alberta with Bonnie Burke officiating. Following the funeral service, family and friends are invited to a luncheon hosted by the Bindloss and Empress Communities in the Empress Agridome.
Memorial tributes may be directed to the Canadian Diabetes Association, #102, 73 – 7 Street SE, Medicine Hat, Alberta, T1A 1J2; Children’s Wish, #271, 339 – 50 Avenue SE, Calgary, Alberta, T2G 2B3; or to a charity of the donor\’s choice.
Funeral arrangements in care of MacLean\’s Funeral Home, Oyen, Alberta.