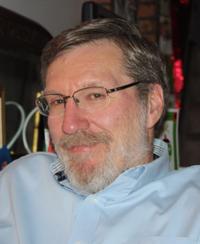 The family of Donald F. Hart Jr. are very saddened to announce his passing on April 20th, 2014, in Medicine Hat, Alberta, at the age of 59 years after a tough battle with cancer. Don leaves behind his loving wife, Elisabeth; his three children, Maggie, Justin, and Lori; his parents, Donald Sr. and Frances Hart; his sisters, Lynn (George) Myette and Peggy (Larry) Schlenker; his brother-in-law, Bob Senekowitsch; his niece, Jenny (Dale) Howe; his nephews, Brad Schlenker and Jason VanBuskirk; as well as many treasured aunts, uncles, cousins, and friends. Don was predeceased by his grandparents, Walter and Hilda Hutchison, Jack and Opal Hart; and his nephew, Boyd Schlenker. Don Hart Jr. was born on May 18th, 1955, into a third generation ranching family Northeast of Medicine Hat. He later took over the family ranch raising purebred Hereford cattle and was a member of the Medicine Hat Stampede Board, Drowning Ford Grazing Association, and Southern Alberta Purebred Beef Breeders Association. Don enjoyed 4-H for many years as a beef member in his youth as well as a leader and active 4-H parent later in his life. Don loved working with cattle but he also took advantage of his analytical mind by taking Business at the University of Lethbridge and working for several local businesses. Don enjoyed photography, computers, going out for lunch with friends, and travelling, and his trip to Australia and New Zealand was one that he cherished forever. Don spent countless hours with his family watching hockey, going riding, puttering around the yard, and sitting on the porch drinking coffee. Don loved his family very much and his world revolved around spending time with them. He will be dearly missed by all of his family, relatives, and friends. The Funeral Service will be held at Glenview Church of the Nazarene, 4072 Strachan Road SE, on Friday, July 25th, 2014 at 11:00 a.m. with Reverend Barrett Scheske officiating. A Private Interment will take place at St. Margaret’s Cemetery. In lieu of flowers, memorial gifts in Don’s memory may be made to the Margery E. Yuill Cancer Centre, 666 – 5th Street SW, Medicine Hat, Alberta, T1A 4H6. Condolences may be sent through www.saamis.com or to condolences@saamis.com subject heading Don Hart. Funeral arrangements are entrusted to SAAMIS MEMORIAL FUNERAL CHAPEL CREMATORIUM & RECEPTION CENTRE, \”The Chapel in the Park\”, locally owned and directed. Should you wish any additional information, please telephone (403)528-2599