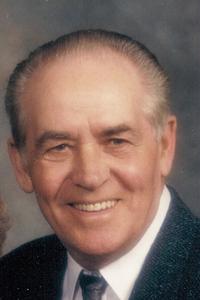 The Family of Edward Lawrence Fikowski is very saddened to announce his peaceful passing on July 23rd, 2014 at the age of 87, while surrounded and comforted by family members. Ed was born in Spring Valley, Saskatchewan, the fifth oldest of 15 children of Mary and Michael Fikowski. Ed is survived by his wife, Mary; his son, Dale (Pawana); his daughter, Shelley (Piero); his daughter-in-law, Glenda; six grandchildren, Grant (Cheryl), Craig (Lori), Kyla (Darren), Amanda (Matt), Tyler, and Sophon (Pop); and six great grandchildren. Ed was predeceased by sons, Leslie and Larry; five brothers, Frank, Michael, Wenzel, Mike, and Joe; and sister, Frances. Ed and Mary married in 1948, then farmed in the Boharm, Saskatchewan area for 17 years. They moved to Elkwater in 1967 and became part owners of the Green Tree Motel for over seven years. After moving to Medicine Hat for two years, they then relocated to Grande Prairie and back into the motel business. Ed retired back to Medicine Hat where he began his much loved career of golfing, spending many winters golfing in Phoenix. A special thank-you to all the doctors, nurses, and caregivers at the Medicine Hat Regional Hospital. Vigil Rites (Prayers) will be said at SAAMIS MEMORIAL FUNERAL CHAPEL, #1 Dunmore Road SE, on Sunday, July 27th, 2014 at 7:00 p.m. The Funeral Mass will be celebrated at HOLY FAMILY PARISH, 1451 Strachan Road SE, on Monday, July 28th, 2014 at 11:00 a.m. with Father Philip Le, celebrant. Condolences may be sent through www.saamis.com or to condolences@saamis.com subject heading Ed Fikowski. Funeral arrangements are entrusted to SAAMIS MEMORIAL FUNERAL CHAPEL CREMATORIUM & RECEPTION CENTRE, \”The Chapel in the Park\”, locally owned and directed. Should you wish any additional information, please telephone (403)528-2599