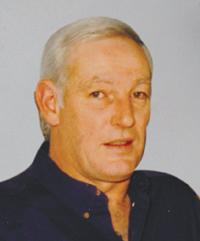 Michael M.J. Nicholson passed away at the Mazankowski Alberta Heart Institute on Tuesday, July 15, 2014 at the age of 60 years. He leaves behind his sons Trevor (Nicole) and their children Talia and Charlie of Calgary and Shawn (Amy) and their children Meara and Finley of Edmonton; two sisters Helen (Barry) Kurtz and their children Kyle, Braden, Christina (Kenny Ryan) and sons Chase and Easton of Calgary and Mitchell Kurtz of Medicine Hat; Marion McRoberts of Medicine Hat and her family, Tim of Redcliff, Clayton of Lethbridge, David of Medicine Hat, Michael (Ashley) of Edmonton and Serina McRoberts of Medicine Hat as well as many cousins throughout Canada and the U.S. Michael was predeceased by his mother Marjorie (nee Dyer) in 1987, the mother of his sons Linda (nee Gilchrist) in 1994 and father Michael in 2002. Michael was born on September 7, 1953 in Medicine Hat to Marjorie and Michael Nicholson of Comrey, Alberta. From an early age Michael suffered with heart problems and had open heart surgery at the age of 5 years. He recovered and took on many different pursuits in his life. He attended Manyberries School, Olds College and Medicine Hat College. Michael worked in various farming and ranching capacities but his true passion seemed to spring forth when he discovered long-haul truck driving and working as an equipment operator. His love of story telling about people he met and places he saw across North America was well known amongst his peers. He was a member of the Elks Club of Medicine Hat, Past President of the Manyberries Community Association and a volunteer for the Lions, Legion and Children’s festival in Bow Island. A celebration of Michael’s life will be held at Saamis Memorial Funeral Chapel on Monday, July 28th at 1:30 p.m. As an expression of sympathy donations may be made to the Mazankowski Alberta Heart Institute Rm 2A9, 006 11220 83rd Ave NW, Edmonton, AB T6G 2B7 or telephone 1-780-407-7071. Condolences may be sent through www.saamis.com or to condolences@saamis.com subject heading Michael Nicholson. Funeral arrangements entrusted to SAAMIS MEMORIAL FUNERAL CHAPEL CREMATORIUM & RECEPTION CENTRE, \”The Chapel in the Park\”, locally owned and directed. Should you wish any additional information, please telephone (403)528-2599

One Condolence for “NICHOLSON”