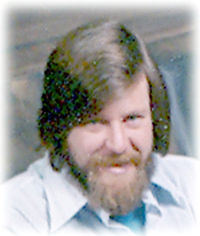 1949 ~ 2014
Douglas Lorne Bull, beloved husband of over 43 years to Mavis Bull (nee Plant) and loving father to Ken Bull, passed away peacefully at his residence in Medicine Hat on Thursday, July 24, 2014, at the age of 64 years.  Doug was born in Medicine Hat to Robert and Jean Bull on September 26, 1949.  He worked many years buying scrap metal and selling steel for Hat Salvage.  Doug had numerous hobbies including a keen interest in motorcycles, but he was an outdoorsman at heart.  He cherished each opportunity to go hunting, fishing and camping, much to the delight of his golden retriever, Daisy!  Along with his wife and son, Doug’s memory will live on in the hearts of his mother, Jean Bull;  grandson, Jack Bull;  brothers and sisters-in-law, Barry (Rita) Plant;  Ed (Marilyn) Moss and Brian (Helen) Plant as well as numerous nieces, nephews and cousins.  He was predeceased by his father, Bob Bull.  A Private Celebration of Doug’s life will be held.  (Condolences may be expressed by visiting www.cooksouthland.com)  Those wishing to remember Doug may do so through a donation to the charity of their choice.  Honoured to serve the family is COOK SOUTHLAND Funeral Chapel, 901 – 13 Street S.W., Medicine Hat, Alberta, T1A 4V4.  Telephone:  403-527-6455.