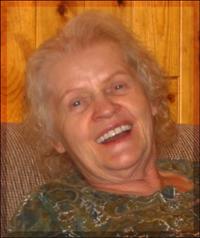 Hannelore Laura Foster, beloved wife of Fred Foster of Medicine Hat, passed away on Monday, July 28th, 2014 at the age of 70 years. Hannelore also leaves to cherish her memory her two children, Franco (Shelly) Isernia and Marina Phillips, both of Medicine Hat; four grandchildren, Zanetti, Mriseis, Joshua and Lily; seven brothers; two sisters; as well as numerous nieces and nephews. Hannelore was predeceased by her parents, Emil and Lydia Teske; and one sister. Those wishing to pay their respects may do so at SAAMIS MEMORIAL FUNERAL CHAPEL, 1 Dunmore Road S.E., on Monday from 7:00 to 9:00 p.m. and on Tuesday from 11:00 a.m. to 12:55 p.m. The Funeral Service will be held at SAAMIS MEMORIAL FUNERAL CHAPEL on Tuesday, August 5th, 2014 at 1:00 p.m. Memorial gifts in Hannelore\’s memory may be made to the Canadian Diabetes Association, #102, 73 – 7th Street SE, Medicine Hat, Alberta, T1A 1J2. Condolences may be sent through www.saamis.com or to condolences@saamis.com subject heading Hannelore Foster. Funeral arrangements are entrusted to SAAMIS MEMORIAL FUNERAL CHAPEL CREMATORIUM & RECEPTION CENTRE, \”The Chapel in the Park\”, locally owned and directed. Should you wish any additional information, please telephone (403)528-2599