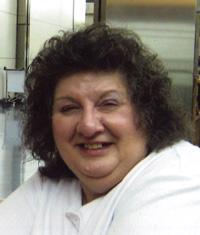 Gloria Anne Bish of Medicine Hat, passed away on Monday, July 28th, 2014 at the age of 64 years. She leaves to cherish her memory her mother, Velva Medd; two brothers, Arnold Bish and Ron Bish; her nieces and nephews, Terrill, Richard, Shannon and their families; numerous aunts, uncles and cousins; step brothers, Larry (Kathy) and families, Bryce and families; and step sisters, Valerie (Paul) and families. Gloria was predeceased by her father, Archibald Bish; her grandparents on both sides; as well as numerous aunts, uncles and cousins. Gloria worked at the Medicine Hat Regional Hospital since 1980. She was also involved with Victim’s Assistance and the Children’s Wish Foundation. Nearly 30 years ago, Gloria saw a need in the community and began the Parent-to-Parent Support Group…. helping many families cope with their grief of losing a baby. She has won awards for her work including from the Governor General as well as being voted “Woman of the Year”. Gloria will be greatly missed by her family, friends and co-workers. Those wishing to pay their respects may do so at SAAMIS MEMORIAL FUNERAL CHAPEL, #1 Dunmore Road SE, on Thursday, August 7th, 2014 from 7:00 to 9:00 p.m. and on Friday, August 8th, 2014 from 10:00 a.m. to 12:30 p.m. The Funeral Service will be held at SAAMIS MEMORIAL FUNERAL CHAPEL on Friday, August 8th, 2014 at 1:00 p.m. with The Reverend Canon D. Gene Packwood officiating. Memorial gifts in Gloria\’s memory may be made to The Parent-to-Parent Support Group, c/o Saamis Memorial Funeral Chapel, #1 Dunmore Road SE, Medicine Hat, Alberta, T1A 1Z5 or to the charity of one’s choice. Condolences may be sent through www.saamis.com or to condolences@saamis.com subject heading Gloria Bish. Funeral arrangements are entrusted to SAAMIS MEMORIAL FUNERAL CHAPEL AND CREMATORIUM, \”The Chapel in the Park\”, locally owned and directed. Should you wish any additional information, please telephone 528-2599.