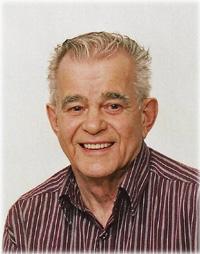 He won the fight and can now rest forever!

It is with great sadness but a host of cherished memories that we say goodbye to Clifford Allan Cameron of Irvine, Alberta who passed away peacefully at the age of 69 years with his wife Sylvia by his side just before sunrise on Friday, August 1, 2014. Cliff was born in Blairmore, Alberta on May 2, 1945 and grew up in Redcliff, Alberta  with his brother, Vern and sister, Janice (Greg) Liboiron of Irma, Alberta. He leaves to cherish his memory three children, Stacie (Adam) Gammon, Tammy (Trevor Evans) Campbell, and Scott (Fred Amen) Cameron and four stepsons, Mike, Steve, Jeff, Kevin Dykstra and their families. Cliff took great pride in watching his nine grandchildren grow and blossom, Shaylene, Abra, Kyndra, Jordan, Katie, Sydney, Jade, Holly, Emilie and his numerous nieces and nephews who all admired Cliff. He was predeceased by his parents, Inez and John Allen and his brother Vern.  Funeral services will be Celebrated at Cook Southland Funeral Chapel, 901 – 13 Street S.W., Medicine Hat, Alberta on Wednesday August 6, 2014 at 11a.m., with Fred Amen officiating. If friends so desire memorial donations may be made directly to the Healthy Living Program, Suite 100, 88 Valleyview Drive SW, Medicine Hat, Alberta  T1A 8N6.  (Condolences may be expressed by visiting www.cooksouthland.com)  Honoured to serve the family is COOK SOUTHLAND Funeral Chapel, 901 – 13 Street S.W., Medicine Hat, Alberta  T1A 4V4   Phone 403-527-6455.