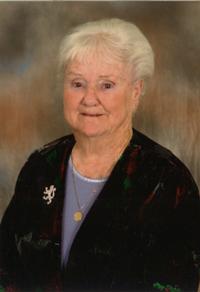 January 3rd, 1924 ~ August 7th, 2014
Mrs. Jane Yurashak of Medicine Hat, beloved wife of the late Mr. Moris Yurashak, passed away on Thursday, August 7th, 2014 at the age of 90 years. Jane\’s life started in Hawick, Scotland as 1 of 8 children growing up during The Depression. Mom\’s leaving home coincided with the start of WWII, so Jane worked in London and Edinburgh helping support the troops during the day as a Riveter in an aircraft assembly plant, sewing uniforms for the soldiers at a wardrobe plant and at night she went to the dance halls resulting in meeting a Canadian Solider, Moris Yurashak. Their love of dance, lead to love and they were married in 1944; a marriage that lasted 64 years until Moris’s passing in 2008. After the war, Moris and Jane settled in Medicine Hat in 1946. Although they loved to travel, they never moved from The Hat. From that marriage came their two children, Jim (Gina) of Boise, Idaho and Pat (Dennis) Schultz of Edson, Alberta; four grandchildren, Tania, William, Chad and Katie; and two great grandchildren, Shanyce and D.J. In addition to her family, she took pride in doing charity work including 25 years of volunteering at The Post and was a 45 year member of the Royal Purple. She worked in the sewing department of Elna Sewing Centre as well as worked at Beverages Furniture, Woolworth\’s and Eaton\’s. Mom also knitted far more than her family could use, so much of her sewing and knitting handicrafts were donated. In lieu of flowers, mom would encourage you to make a donation to the Alberta Heart and Stroke Foundation, 124, 430 – 6th Avenue SE, Medicine Hat, Alberta, T1A 2S8. While mom will be sadly missed, the last time her son Jim saw Jane, the week before her death, Jane told Jim \”No one should feel sorry for me, no matter when I go, I\’ve had a good life\”. At Jane’s request no formal funeral services will be held. Condolences may be sent through www.saamis.com or to condolences@saamis.com subject heading Jane Yurashak. Funeral arrangements are entrusted to SAAMIS MEMORIAL FUNERAL CHAPEL CREMATORIUM & RECEPTION CENTRE, \”The Chapel in the Park\”, locally owned and directed. Should you wish any additional information, please telephone (403)528-2599