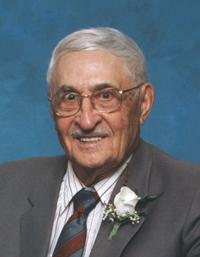 Joseph \”Joe\” Bonagofsky of Medicine Hat, beloved husband of the late Mrs. Mary Bonagofsky, passed away on Saturday, August 16th, 2014 at the Sunnyside Nursing Home at the age of 92 years. Joe leaves to cherish his memory his daughter, Gloria (Max) Ebelher; his two grandchildren, Maxine (Pat) Volk and Lyle (Tammie) Ebelher; his five great grandchildren, Melissa and Matthew Volk, and Alicia, Temara and Clayton Ebelher. Joe is also survived by two sisters, Katie Mastel and Ann (Frank) Lerner; one sister-in-law, Evelyn Bonagofsky; as well as numerous nieces and nephews. Joe was predeceased by his wife, Mary; his parents, Ben and Rose Bonagofsky; four brothers, Clem (Emily), George, Martin and Jack; and one brother-in-law, Adam Mastel. Joe was born in the Fox Valley area, where he farmed. He married Mary Baron on October 26th, 1963 and they continued farming until 1969. They moved to various locations doing odd jobs to keep busy, and then retired to Medicine Hat in 1988. Joe will always be remembered for his whistling while he worked and his red shirts. He loved to play harmonica, sing and play card games with friends and family. Joe will especially be remembered by his daughter Gloria and grandchildren, Maxine and Lyle for always being the dad and grampa he didn\’t have to be. Rest in Peace. Vigil Rites (Prayers) will be said at SAAMIS MEMORIAL FUNERAL CHAPEL, #1 Dunmore Road SE, on Tuesday, August 19th, 2014 at 7:00 p.m. The Funeral Mass will be celebrated at HOLY FAMILY PARISH, 1451 Strachan Road SE, on Wednesday, August 20th, 2014 at 10:30 a.m. with Father Philip Le, celebrant. A private interment will take place in the Roman Catholic Section at Hillside Cemetery for both Mary & Joe Bonagofsky. Condolences may be sent through www.saamis.com or to condolences@saamis.com subject heading Joe Bonagofsky. Funeral arrangements are entrusted to SAAMIS MEMORIAL FUNERAL CHAPEL CREMATORIUM & RECEPTION CENTRE, \”The Chapel in the Park\”, locally owned and directed. Should you wish any additional information, please telephone (403)528-2599