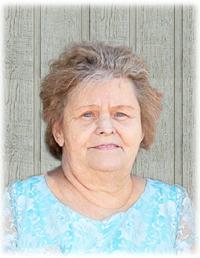 1938 ~ 2014
It is with heavy hearts that the family of Jeannine Flaro, beloved wife of Murray Flaro, announce her peaceful passing on Saturday, August 30, 2014, at the age of 76 years.  Along with Murray, left to cherish Jeannine’s memory are her children, Jackie Flaro (Gary) and Carl Flaro (Mari-Lee);  grandchildren, Candace (Tyler) Scott, Tommy Flaro, Jeannine Flaro, Stephanie Flaro and Chelsea Flaro as well as her great- grandchildren;  a brother, Palio Porrier;  a sister, Jacqueline Douquet;  a brother-in-law, Riehl Archaubou and numerous nieces, nephews and cousins.  She was predeceased by a daughter, Eileen Flaro; a sister, Pauline Archaubou; a sister-in-law and a brother-in-law.  Those wishing to pay their respects may do so at Cook Southland Funeral Chapel, 901 – 13 Street S.W., Medicine Hat on Wednesday, September 3, 2014, between 7:00 p.m. and 8:00 p.m.  Visitation will also be offered starting one hour prior to the celebration of Jeannine’s life which will be held at Cook Southland Funeral Chapel on Thursday, September 4, 2014, at 1:00 p.m. with Reverend Julianna Wehrfritz-Hanson officiating.  A time of fellowship and refreshments will follow thereafter in the Cook Southland Reception Facility.  (Condolences may be expressed by visiting www.cooksouthland.com)  If friends so desire, memorial tributes may be made directly to the Canadian Diabetes Association, 102, 73 – 7th Street S.E., Medicine Hat, Alberta, T1A 1J2 or to the Margery E. Yuill Cancer Centre, 666 – 5th Street S.W., Medicine Hat, Alberta, T1A 4H6.  Honoured to serve the family is Cook Southland Funeral Chapel, 901 – 13th Street S.W. Medicine Hat, Alberta T1A 4V4 Phone 403-527-6455

One Condolence for “JEANNINE FLARO”