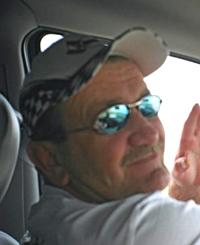 Kenneth \”Ken\” Bruce (Albie) Wellwood passed away at his home in Medicine Hat, Alberta on Friday, August 29th, 2014 at the age of 57 years. Ken was born in Elmsdale, Nova Scotia, and was the second son for the late Enos and Merna (nee Ashley) Wellwood. Ken was a well-known hockey player in the East Hants area as he grew up. In recent years he became an avid NASCAR fan with his wife, Donna. He worked as a truck driver with several companies in Nova Scotia before he moved to Alberta where he worked at AHS. Ken will be sadly missed by his wife, Donna; stepdaughters, Tiffany, Yvonne (Ryan) and their kids, Jayde, Dalyn, and Kash; and stepson, Tyson (Kim); brothers, Ted (Angie) of Enfield, Nova Scotia and their girls, Katelin (Joe) Crossland, Chelsea, and Emma, Dan (Joanne) of Lantz, Nova Scotia and their girls, Ashley and Samantha and Tim Wellwood of Elmsdale, Nova Scotia. Ken will also be missed by his little dog, Trixie. Ken will also be fondly remembered by his many friends he made throughout his lifetime. Cremation has taken place. No formal funeral services will be held. Donations in Ken’s name may be made to the Medicine Hat SPCA, 55 South West Drive SW, Medicine Hat, AB T1A 8E8 or Save Old Souls, P.O. Box 272, Redcliff, AB T0J 2P0 or to the Heart and Stroke Foundation of Nova Scotia, 5657 Spring Garden Road, Halifax, NS B3J 3R4. Condolences may be sent through www.saamis.com or to condolences@saamis.com subject heading Ken Wellwood. Funeral arrangements are entrusted to SAAMIS MEMORIAL FUNERAL CHAPEL CREMATORIUM & RECEPTION CENTRE, \”The Chapel in the Park\”, locally owned and directed. Should you wish any additional information, please telephone (403)528-2599