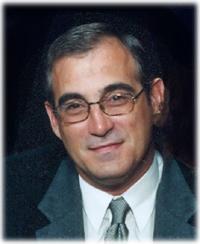 1962 ~ 2014
It is with heavy hearts that the family of Anthony (Tony) Charles Ries, announce his unexpected passing in Medicine Hat on Monday, September 8, 2014, at the age of 51 years.  Tony was born in Leader, Saskatchewan on October 31, 1962, a son to proud parents, Adam and Lorraine Ries.   He touched many lives and loved to spend time with his family and  enjoyed the outdoors going camping and fishing.  Tony leaves to cherish his memory, his wife of 14 years, Susan Ries;  children, Ryan (Angel) Cannady and their children, Drayden, Nicholas and Dylan;  Jenny (Johnny) Cork and their children, Jilly and Jewely; Ginger Ries, Lyle Ries and Scottie Ries; parents, Adam and Lorraine Ries;  a brother, Raymond (Deanna) Ries;  nephew, Brett (Tiffany) Ries and their family as well as Christine (Dwayne) Oshowy and their children, Dakota, Jenden and Colton.  He is also survived by aunts, uncles, cousins,  extended family and his faithful beagle, Pepper.  In honour of Tony’s life, a private time of visitation and reflection was held at Cook Southland Funeral Chapel.  (Condolences may be expressed by visiting www.cooksouthland.com)  Honoured to serve the family is Cook Southland Funeral Chapel, 901 – 13th Street S.W. Medicine Hat, Alberta T1A 4V4 Phone 403-527-6455