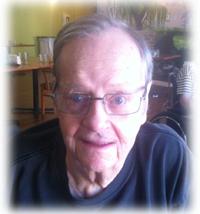 James \”Jim\” Burgess of Medicine Hat, passed away on Thursday, September 11th, 2014 at the age of 83 years. Jim leaves to cherish his memory his sister-in-law, Lil Burgess; nephew, Bob (Gina) Burgess and Bob\’s children, Teagan, Brayden and Marissa; his niece, Denise Burgess; and special friends, Karen (Justin) Steele and their children, Jordan, Kori-lyn, and Jayda. Jim was predeceased by his parents, Dan and Helen Burgess; and one brother, Doug. Jim worked as a Denture Assistant in Calgary for many years. He was a very musical person and played in a band in his earlier years. He enjoyed riding his motorbike until about three years ago, and he loved animals especially his cats. Jim spent his last two years at Masterpiece Living where he was very happy. Thanks to the nurses and staff at Masterpiece for the excellent care Jim received. A Private Graveside Service will be held at Hillside Cemetery on Tuesday, September 16th, 2014 with Gary Goran officiating. Memorial gifts in Jim\’s memory may be made to the SPCA, 55 Southwest Drive SW, Medicine Hat, Alberta, T1A 8E8. Condolences may be sent through www.saamis.com or to condolences@saamis.com subject heading Jim Burgess. Funeral arrangements are entrusted to SAAMIS MEMORIAL FUNERAL CHAPEL CREMATORIUM & RECEPTION CENTRE, \”The Chapel in the Park\”, locally owned and directed. Should you wish any additional information, please telephone (403)528-2599