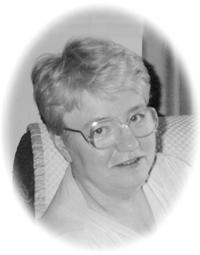 1947 ~ 2014
It is with sadness that the family of Mrs. Monique Roberts, beloved wife of Mr. Larry Roberts, announce her passing at the Foothills Hospital in Calgary on Sunday, September 21, 2014, at the age of 67 years.  Besides her husband, Larry, she is survived by their children, Eric Roberts and his daughters, Alyssa and Kayla;  Catrine and Patrick Dunn and their children, Meagan, Dylan, Korbin, Tyson, Hayden and Tavia and great-granddaughter, Evelyn.  She is also survived by her brothers, Maurice David and Michel David as well as many cousins, nieces, nephews, brothers-in-law and sisters-in-law.  Monique was born in Heppignie, Belgium on February 2, 1947.   She married Larry Roberts on March 6, 1966 in Belgium and two days later she arrived in Canada ready to start her new life.  She first stayed at the family farm near Cardston where she enjoyed the company of Larry’s younger brother and sisters.  During this time she started to learn some English as she only spoke French when she arrived in Alberta.  In September of 1966, she attended beauty school in Lethbridge where she picked up more English from the other girls at the school.  In 1972, they moved to Medicine Hat and three years later she became a foster parent.  Looking after children became Monique’s purpose in life and during the 35 plus years of fostering, she was a mother to some 113 children, some for only a short time and others for four to five years.  After she retired from fostering, looking after her grandchildren became her passion.  She was a wonderful wife, mother, grandma and became a great-grandma.  The Funeral Service will be held at the Church of Jesus Christ of Latter-day Saints, 7 Saamis Rotary Way S.W., Medicine Hat on Friday, September 26, 2014, at 1:00 p.m. with Bishop Gerry Prince officiating.    Viewing and visitation with the family will be held prior to the service at the church from 12:00 p.m. to 12:50 p.m.  Interment will take place at Hillside Cemetery.   Condolences may be expressed by visiting www.cooksouthland.com)  Memorial donations in Monique’s name may be made directly to the Canadian Cancer Society, 102 Crestwood Square One, 1865 Dunmore Road S.E., Medicine Hat, Alberta, T1A 1Z8.  Honoured to serve the family is Cook Southland Funeral Chapel, 901 – 13th Street S.W. Medicine Hat, Alberta T1A 4V4 Phone 403-527-6455

One Condolence for “MONIQUE ROBERTS”

Leave a Condolence for grandaughter