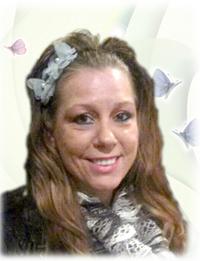 1967 ~ 2014
With heavy hearts the family of Laurie Lynn Sherwood, beloved wife of the late Glenn Paul Piche, announce her sudden passing in Medicine Hat on Saturday, September 20, 2014, at the age of 47 years.  Laurie was born on February 6, 1967 in Hamilton, Ontario.  She will be lovingly remembered in the hearts of her daughter, Randi Lianne Mallett (Catlin) her grand-daughters, Brianna and Bailey; sister, Stephanie Corrinne Sherwood; brother, Kenneth Sherwood as well as numerous extended family and friends.  Laurie was predeceased by her husband, Glenn; mother, Carol Lynn Musat and father, Melbourne Kenneth Sherwood.  A time of visitation will be held at Cook Southland Funeral Chapel, 901 – 13 Street S.W., Medicine Hat on Monday, September 29, 2014 at 9:30 a.m.  The Celebration of Laurie’s life will be held at Christ The King Assembly, 1101 Queen Street S.E., Medicine Hat, on Tuesday, September 30, 2014 at 1:30 p.m. with Pastor Mark Borrows officiating.  A Private Interment will be held later in the week at St. Margaret’s Cemetery, Elk Water, Alberta.