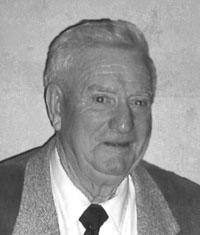 Dr. Allen N. Davis, “Doc”, of Medicine Hat, beloved husband of the late Adelaide “Addie” Davis, died peacefully on Wednesday, September 24th, 2014 at the age of 89 years. Allen leaves to cherish his memory three children: Margaret (David) Hadley of Omemee, Ontario and their children, Allen, Laura (Brett) and their son Angus, and Anne (John) and their son Lucas; Robert “Bob” (Debra) of Medicine Hat, and their sons, Myles and Eric; Cameron (Joanne) of Medicine Hat and her children, Sofie and Stefan; extended family, Allan Brigden, Lois (Neil) Beatty, Lynda (Eldon) Haug, Ross (Joan) Brigden, James “Jim” (Betty) Horsman and their families. Allen was predeceased by his wife Adelaide; his parents, Norman and Margaret Davis; his sister, Marion Brigden Engel; and two brothers-in-law, Bill Brigden and Ted Engel. Allen, affectionately called “Doc” by most who met him, was born at the Regina General Hospital, Saskatchewan on September 13th, 1925. He was raised and attended school in Silton, Saskatchewan. He joined the Royal Canadian Air Force in 1943, serving overseas as a Lancaster bomber tail gunner. He received his honourable discharge in late 1945 and returned to finish high school at Campion College in Regina. Before leaving for the war he had met Addie on a blind date. They rekindled their acquaintance when he came back before he left for the Ontario Veterinary College, OVC. Meanwhile, Addie was finishing her nursing degree at Regina School of Nursing graduating in 1946 following which she continued her studies at John Hopkins Hospital, Jersey City Hospital and University of Minnesota Hospital where she was concentrating on operating room procedures. Throughout this time, Addie and Allen managed to keep in touch even though their studies had them in different places in the United States and Canada. After Allen graduated from Veterinary Medicine in the spring of 1950, they were married on December 9th of that year in Regina, Saskatchewan. Allen worked as a veterinarian for the Federal Government, which led them to live in Moose Jaw and Maple Creek. Wanting to branch out in private practice, Allen came to Medicine Hat in 1954. After a few years he established the first actual veterinary clinic in the area. Allen and Addie enjoyed their life in Medicine Hat, raising their family, contributing to the community and travelling to Europe, New Zealand, Australia, the Caribbean and throughout the United States and Canada. Allen was a long time member of The Medicine Hat Kinsmen Club and K40, a member of The Medicine Hat Riding Club, and an associate director of The Medicine Hat Exhibition and Stampede board since the early 1960s. Doc had a fondness for horses. He raced in pony chariots and raised and raced running quarter horses until last year. He was a true animal lover and had many pets; the household always had dogs and cats. Allen was a supporter of his Alma Matter and in 2012 attended the 150th anniversary of the OVC as a member of the class of 1950. Doc was in good health until just two months ago. Every morning for the last many years, he had coffee in the early hours at Tim Horton’s with a group of friends. Doc lived a full and colourful life. His work as a veterinarian was truly a passion. He will be missed by his family, grandchildren, and many friends. The Funeral Service will be held in SAAMIS MEMORIAL FUNERAL CHAPEL, 1 Dunmore Road SE, on Wednesday, October 1st, 2014 at 11:00 a.m. with Gary W. Goran officiating. Interment will take place in the Family Plot at Saamis Prairie View Cemetery. Memorial gifts in Doc’s memory may be made to the Ontario Veterinary College, University of Guelph, 50 Stone Road E., Guelph, Ontario, N1G 2W1 or to the S.P.C.A., 55 Southwest Drive SW, Medicine Hat, Alberta, T1A 8E8 or to St. Joseph\’s Home (Carmel Hospice), 156 – 3rd Street NE, Medicine Hat, Alberta, T1A 5M1. Condolences may be sent through www.saamis.com or to condolences@saamis.com subject heading Allen “Doc” Davis. Funeral arrangements are entrusted to SAAMIS MEMORIAL FUNERAL CHAPEL CREMATORIUM & RECEPTION CENTRE, \”The Chapel in the Park\”, locally owned and directed. Should you wish any additional information, please telephone (403)528-2599