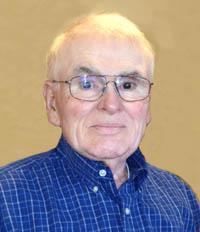 1937 – 2014
On Friday, October 3, 2014, Victor Verhaeghe, late of Estevan, Sask., and formerly of Medicine Hat, Alta., passed away at the St. Joseph\’s Hospital at the age of 76 years.
Vic married quite young in life to Lorraine MacDougall in 1956 and together they raised their 4 children, mostly while living in Estevan Saskatchewan. Vic was a pipeline welder and spent his life in that industry, welding, supervising and overseeing this type of work. In 1980 the family moved to Medicine Hat, Alberta and he finished his working life with Pan Canadian Petroleums out of the Brooks office. He and his first wife separated in 1983 and in 1984 he was married to his second wife Rose, who he was with until her death in 2010. He lived in Medicine Hat until March of this year when it was determined he was encountering early stages of dementia and obtained a residence at the Hillview Manor in Estevan where he could be nearer to family. It is with regret that we advise of his passing and would like to especially thank the staff of the manor for their help and support through this difficult time.
Victor will be forever remembered by his children, Naomi (Bill) Mann of Bienfait, Sask., Joe (Karen) of Edmonton, Alta., Lionel of Edmonton, Alta., and Cordell of Edmonton, Alta.; step sons, Dale (Donna) Rupertus of Wetaskiwin, Alta. and Lee (Susan) Rupertus of Calgary, Alta.; siblings, Dorothy (Frank) Pellerin of Falcon Lake, Man., Jules (Lorraine) of Halifax, N.S., and Gene (Cindy) of Edmonton, Alta.; half-brother, Vernon (Karen) of Edmonton, Alta.; step brother Bill Ferbrache of Moose Jaw, Sask.; step sisters, Winnifred Koltusky of Strathmore, Alta., Alberta (Adam) Weinrauch of Drumheller, Alta., and Leslie (Brian) Edwards of Winnipeg Beach, Man..; grandchildren, Connie (Glen) Gibson, Crystal MacMillan, Carol (Dan) Graf, Tyler, Tasha (Greg) McAllister, Kayla, April, Brady, Shea and Taylor; great grandchildren, Hailey, Jaice, Kallie, Parker, Ruby, Reid and Liam, as well as numerous nieces and nephews.
He was predeceased by his wife Rose; parents, Joseph and Blanche; step mother Martha and brother, Harry.
Prayers will be held on Monday, October 6, 2014, at 7:30 p.m. A Funeral Mass will follow on Tuesday, October 7, 2014, at 2:00 p.m. with Rev. Brian Meredith as celebrant. Both services will be held at St. Monica\’s R.C. Church, Bienfait, Sask. Interment will take place in Hillside Cemetery, Medicine Hat, Alta.
Those wishing to make donations in Victor’s memory may do so directly to Hillview Manor Activities Fund, 1401 – 1st Street, Estevan, Sask., S4A 2W7. Funeral arrangements are entrusted to Hall Funeral Services, Estevan, Saskatchewan. 306-634-8233