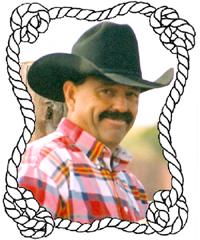 1956 ~ 2014
It is with a heavy heart that Lynn Fretts announces the peaceful passing of her beloved husband and best friend, Don Fretts, which occurred at the Foothills Hospital in Calgary on Sunday, October 19, 2014, at the age of 58 years.  Along with Lynn, left to cherish Don’s memory are his step-children, Heather (Lloyd)?Smith, Tracey (Colin) Eld and Clinton (Melissa) Bratton:  seven grandchildren;  one brother, Robert (Nicki) Fretts and their children, Bobby and Angela (fiancé Darrel);  one sister, Linda (Dave) Beglaw and Linda’s children, Terri (Ryan) Tabor and Ryan (Teresa) Hansen;  four sisters-in-law, Doreen (Delmer) Wagner, Shirley O’Brien, Joanne Minshull, Laura (Brian) Reynolds;  one brother-in-law, Ken (Wendy) Martin as well as numerous nieces, nephews and cousins.  He was predeceased by his parents, Leonard and Evelyn Fretts.  A Celebration of Don’s life will be held at Cook Southland Funeral Chapel, 901 – 13 Street S.W., Medicine Hat on Tuesday, October 28, 2014, at 2:00 p.m. with Life Celebrant Gerry Getz officiating.  Condolences may be expressed by visiting www.cooksouthland.com)    If friends so desire, memorial tributes in Don’s name may be made directly to the charity of one’s choice.   Honoured to serve the family is Cook Southland Funeral Chapel, 901 – 13th Street S.W. Medicine Hat, Alberta T1A 4V4 Phone 403-527-6455