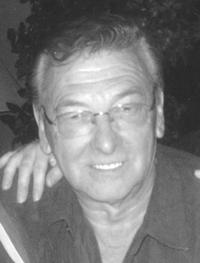 With heavy hearts the family of Bill Schneider announces his passing at the Medicine Hat Regional Hospital on Monday, October 20th, 2014 at the age of 73 years. Bill will be deeply missed by his children, Brad (Angie), Alan (Roxanne), Denise (Steve) Sykes, and Jason (Andrea); his grandchildren, Jordan, Jeremy, Julia, Chantel, Tanner, Justin, Laura, Savanna, Jessica, and Katrina; his great-grandchildren, Amelia, Jae-don, Javen, Jayla, Aliza, and Bishop; his sister, Betty Helmer; and his brother, Dan; as well as numerous nieces and nephews, extended family, and friends he leaves behind. Bill was predeceased by his mother, Elsie; his father, Emile; his brother-in-law, Bob; and his sister-in-law, Jolene. Bill was born and lived in Medicine Hat. Upholstery was his passion from 1981 to 2013. He also worked at the Redcliff Glass Factory from 1958 to 1976, and Deluxe Taxi from 1976 to 1981. Bill was very easy going and had a heart of gold. He enjoyed having a coffee and beers with his friends and family. Bill was a Hot Rodder to the end! Those wishing to pay their respects may do so at SAAMIS MEMORIAL FUNERAL CHAPEL, #1 Dunmore Road SE, on Thursday from 7:00 to 9:00 p.m. The Funeral Service will be held at SAAMIS MEMORIAL FUNERAL CHAPEL on Friday, October 24th, 2014 at 1:30 p.m. with Gary W. Goran officiating. Interment will follow in the Family Plot at Hillside Cemetery. Memorial gifts in Bill\’s memory may be made to the Canadian Cancer Society, #102 – 1865 Dunmore Road SE, Medicine Hat, Alberta, T1A 1Z8. Condolences may be sent through www.saamis.com or to condolences@saamis.com subject heading Bill Schneider. Funeral arrangements are entrusted to SAAMIS MEMORIAL FUNERAL CHAPEL CREMATORIUM & RECEPTION CENTRE, \”The Chapel in the Park\”, locally owned and directed. Should you wish any additional information, please telephone (403)528-2599