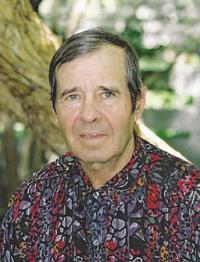 1937 – 2014
Glen arrived into the world Sept. 2, 1937 and left it Oct. 16, 2014. He was the eldest son of George (1972) and Ann (1984) Hansen, brother to one sister and three brothers.
In young years he worked for farmers as well as at home. After school graduation he worked shingling elevators for a time. Gradually he became an electrician and worked with Howard Jensen Electric, Rogers Electric, Tri-Way Electric, Gold Electric and ended with Glen\’s Electric.
In 1976, he married Kay (Darling) and became stepfather to Tara and Christopher. Glen taught Tara to change plugs, pull wire too, as well as Chris his expertise in the trade. Glen wired in far and wide.
He is survived by wife Kay of 38 years, daughter Tara (Stan) Mead, and son Christopher (Caralee) Hansen. His grandchildren include Lee (Yuan), Alana, Jonathan (Katelyn), Shane (Rhonda), Bobbi and Amy and great grandchildren Jordan, Jayme, Jesse, Nathan, Colton and Paige and Braylen.  His siblings – sister Yvonne and daughter Charla (Gregory) Spencer, Fred Hansen, Carl Hansen, Ron (Candace) Hansen and daughter Jodi (Earl) Chadwick and Shauna (Kim) Kerner and many nieces, nephews, cousins and friends.
Every one of his children, grandchildren and great grandchildren, nieces and nephews were a treasure to him.
Sports was a great part of his life. He coached both baseball and hockey as \”Jake.\” With a very good memory he could recall many sports statistics. He was a sports dictionary.
Santa was also one of his favorite roles. He was Santa at Prairie Star Big 4, Piapot School, Piapot Store, stores in Maple Creek and at homes of the Chisholms, Hasjfords, Golds and all who asked. Many hearts were touched by his giving personality and he\’ll be greatly missed.
The funeral service was held Sat., Oct. 25, 2014 at The Salvation Army Church in Maple Creek, Sask. at 11 a.m. with Captain Ed Dean and Pastor Frank Rott officiating. Pallbearers were Trent Currie, Curtis Chabot, Ken McKinnon, Blair Holmes, Bob Forsythe and Garry Packard. Honorary pallbearers were all those who shared in Glen\’s life. Interment will take place at a later date.
Those who wish may remember Glen with a donation to the Canadian Diabetes Association, 917 Albert St., Regina, Sask. S4R 2P6.
To email an expression of sympathy you may visit www.gonebutnotforgotten.ca.
Binkley\’s Funeral Service, Maple Creek and Leader, in charge of arrangements: 306-662-2292.
A Mile With Me
Oh, who will walk
a mile with me,
Along life\’s merry way?
A comrade blithe
and full of glee,
Who dares to laugh out loud and free,
And let his frolic fancy play,
Like a happy child, through the flowers gay
That fill the fields and fringe the way,
Where he walks
a mile with me.
And who will walk
a mile with me,
Along life\’s weary way?
A friend whose heart
has eyes to see
The stars shine out o\’er the darkening lea,
And the quiet rest at the end of the day
A friend who knows,
and dares to say,
The brave, sweet words that cheer the way
Where he walks
a mile with me.
With such a comrade, such a friend,
I fain would walk
till journeys end,
Through summer
sunshine, winter rain,
And then? Farewell,
we shall meet again!
~ Henry Van Dyke

Leave a Condolence for Tim and Laura Bodvarson