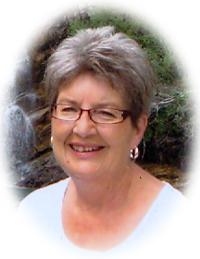 1951 ~ 2014
With heavy hearts the family of Nancy Anne Smart announce her peaceful passing at the St. Joseph’s Home – Carmel Hospice in Medicine Hat on Saturday, November 15, 2014, at the age of 63 years.  Nancy will be remembered by her daughter, Paula (Glenn) Bromley and the grandchildren she admired and cherished, Matt and Dawson; a sister, Arlene (Ed) Yee of Swift Current, Sask.;  step-mother, Esther Dahl of Swift Current and her children.  She was predeceased by her parents, Henry and Helen Dahl.  As per Nancy’s wishes, no formal servide will be held.  Her life will be honoured on a bright, sunny day in the spring with a gathering of family, friends and furry pets and will be announced accordingly.  Condolences may be expressed by visiting www.cooksouthland.com)  Memorial donations in Nancy’s name may be made directly to the SPCA, 55 Southwest Drive, S.W., Medicine Hat, Alberta, T1A 8E8.  Honoured to serve the family is Cook Southland Funeral Chapel, 901 – 13th Street S.W. Medicine Hat, Alberta T1A 4V4 Phone 403-527-6455