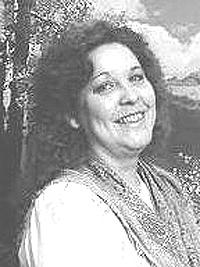 1949 – 2014
Sharmaine Ray Welling of Red Deer, Alberta, passed away at Extendicare Michener Hill, Red Deer on Wednesday, November 12, 2014 at the age of 65 years. Sharmaine was born on September 13, 1949 in Medicine Hat, Alberta. She was raised and grew up on a ranch in the Eagle Butte Area of Southern Alberta. Sharmaine attended the Hillcrest Christian College for her Grade 10. Then she went on to attend Secretarial School and eventually moved to Red Deer. Sharmaine will be deeply missed but forever cherished in the hearts of her family and dear friends. Sharmaine will be lovingly remembered by her spouse, David Vincent, son, Kurtis (Susanne) Welling of Spruce Grove, Alberta, daughter, Sheiligh Welling of Red Deer, three grandsons and brother, Raymond (Rose) Garlough of Calgary. She was predeceased by her mother, Lily Clara Garlough (nee Tinis) in 1989 at the age of 64 years and her father, Wesley Garlough in 1992 at the age of 79 years. A Celebration of Sharmaine’s Life will be held at Parkland Funeral Home, 6287 – 67A Street (Taylor Drive), Red Deer, Alberta on Tuesday, November 18, 2014 at 11:00 a.m. with Pastor Ross Helgeton officiating. If desired, Memorial Donations in Sharmaine’s honor may be made directly to the Canadian Cancer Society at www.cancer.ca. Condolences may be sent or viewed at www.parklandfuneralhome.com. Arrangements in care of Maryann Hansen, Funeral Director at Parkland Funeral Home and Crematorium, 6287 – 67 A Street (Taylor Drive), Red Deer. 403.340.4040.