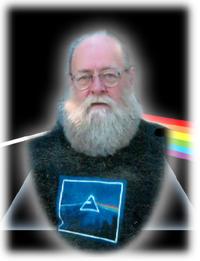 1949 ~ 2014
James Ross Dodd passed away in Medicine Hat on Tuesday, December 9, 2014, at the age of 65 years.  Ross was born August 7, 1949 in Winnipeg, Manitoba and spent some of his childhood in eastern Canada near Halifax.  In 1954, he moved with his mother, Mildred, to Toronto.  In his youth, Ross became involved with Scouts Canada and later Air Cadets.  These organizations provided many opportunities for him and he met each adventure with enthusiasm.  At a young age, his parents parted and his mother would later introduce him to the man that would become his father and husband to Mildred.  In 1965, Basil adopted Ross as his own and the family was official.  In his adulthood, he travelled extensively and learned the culinary arts.  He became an excellent chef and was employed with many high quality restaurants.  Since 2001, he had resided in Medicine Hat where he most recently worked at the 3rd Street Market.  Ross was a free spirit – a true hippie of his time.  He had an extensive collection of records and tapes and was a huge fan of Pink Floyd.  Ross was once a “roadie” with Pink Floyd and earned the respect of the band and had unlimited access and privileges – this was the essence of his life!  Ross will be deeply missed by his father, Basil Dodd;  brother, Howard Dodd (Cindy Meade);  nieces, Victoria Dodd and Charlize Meade;  nephews, Daniel Spiegel and Taylor (Dana) Meade as well as extended family in England.  Ross was predeceased by his mother, Mildred in 2004.     In honour of Ross’ life, a Graveside Service will be held at Hillside Cemetery on Monday, December 15, 2014, at 10:00 a.m. with Life Celebrant Gerry Getz officiating. The procession will depart from Cook Southland at 9:50 a.m.    (Condolences may be expressed by visiting www.cooksouthland.com)  Memorial donations in Ross’ name may be made directly to the Royal Canadian Legion Branch # 17, 702 – 2nd Street S.E., Medicine Hat, Alberta, T1A 0E1.  Honoured to serve the family is Cook Southland Funeral Chapel, 901 – 13th Street S.W. Medicine Hat, Alberta T1A 4V4 Phone 403-527-6455

One Condolence for “ROSS DODD”